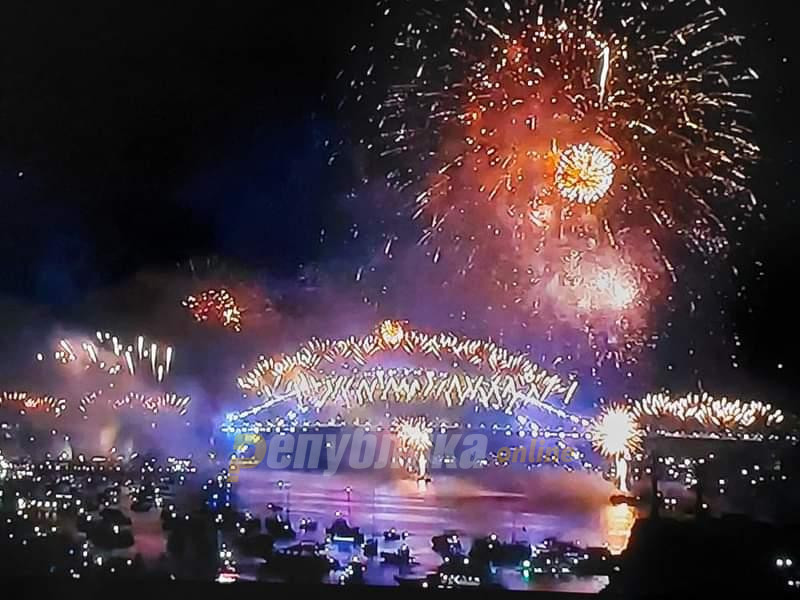 Sydney has welcomed the New Year with a large-scale display of fireworks dubbed a “kaleidoscope of colour” in the city’s harbour.

The show’s highlight was a luminous rainbow that poured down like waterfalls from the Harbour Bridge as the city looks forward to hosting World Pride in February.

One million people had been expected to flock to the spectacle that was held in front of the Harbour Bridge and the Opera House, according to broadcaster ABC. Many people had already secured a spot with a good view early in the morning. Meanwhile a further half a billion viewers watched the show remotely around the world, according to estimates.

The celebration involved around 9,000 fireworks, costing around $39 million, organizers said ahead of the event.

Australia’s show came after Samoa and Kiribati in the South Pacific were the first countries in the world to welcome 2023, in a celebration that included tourists for the first time in two years.

Both countries closed their borders to visitors in March 2020 due to the coronavirus pandemic. Kiribati reopened to the world in August, with Samoa following in September.

Two separate fireworks displays in Samoa, one in the capital Apia, and the other in Savai’i, signalled the start of the new year. The displays were synchronized by New Zealand pyrotechnic experts and fired simultaneously from both islands at the stroke of midnight.

Kiribati‘s largest island, Kiritimati, home to about 5,000 people, is the first inhabited island to begin each new year, however no major events were planned.

As the first major international centre to welcome in the New Year, the landmarks of New Zealand’s largest city Auckland were lit up.

Fireworks returned to the Sky Tower, along with a laser light and animation show synchronized with other landmarks, including the Harbour Bridge and Museum.

The event was cancelled last year due to Covid, Mayor Wayne Brown said.

“It’s great news Auckland’s traditional Sky Tower New Year’s Eve fireworks will finally be back in 2022. It is an event seen around the world and we are proud to be kicking off 2023 from our city.”

American Samoa, just 220 kilometres to the east of Samoa on the other side of the International Date Line, will be the last to ring in 2023.

Woman, 21, killed and others injured in horror knife rampage in Sydney