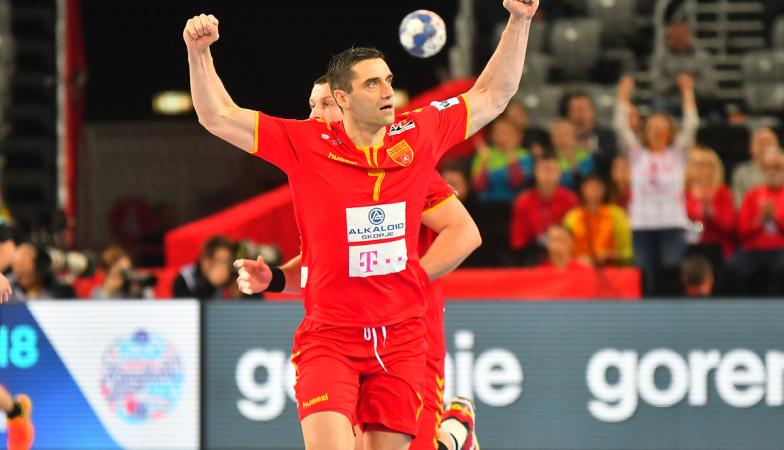 It was an eventful Sunday for SEHA countries competing at the World Championship 2019. In Munich, Macedonia opened the day with a win against Bahrain. Croatia followed the same path by beating Japan, which gave both teams maximum four points after two rounds. Tomorrow, Croatia and Macedonia will go head to head at 18:00 CET.

Group B: Macedonia – Bahrain 28:23 (12:8)
After beating Japan in the opener, Macedonia recorded another victory. This time, Raul Gonzalez’s team defeated Bahrain by 5 goals. Even though the margin was not as big as it was versus Japan, Macedonia had full control over the match, as the largest lead climbed to +8 in the second half. Defensively, it was a solid edition from Macedonia, only allowing 8 goals in the first half. Today, Kiril Lazarov was once again the man in charge of the scoring, with 8 goals. Manaskov and Kuzmanovski followed with 4 goals each. Vardar’s Popovski scored 3 goals, and Metalurg’s young gun Serafimov added 1.

Group B: Croatia – Japan 35:27 (18:13)
In a similar fashion, Croatia did not allow any surprises in Olympiahalle in Munich. Cervar’s team looked motivated to hold off the Japanese team, which resulted in 18 goals in the first 30 minutes and 35 overall. Croatia’s largest lead in this match was +11, and Croatian team had full control over this match for the entire 60 minutes. Zlatko Horvat had a vintage performance with 8 goals, but other players did not remain fully behind. Vardar’s Igor Karacic scored 4 goals, PPD Zagreb’s David Mandic also had 4, with Damir Bicanicfrom PPD Zagreb scoring his first three goals of the tournament. Nexe’s Marin Sipic was on the scoresheet for the second straight match with 1 goal.

In Day 4 of the tournament, SEHA players did a good job helping their teams once again. 24 goals were scored between players from Vardar, Metalurg, PPD Zagreb and Nexe, led by Zlatko Horvat who bagged 8 goals for Croatia.

Argentina and Meshkov’s head coach Manolo Cadenas suffered a loss against Sweden. After surprising Hungary in Round 1 and winning a point, Argentina could not hold off the strong Swedish team, and lost 31:16 (15:10).