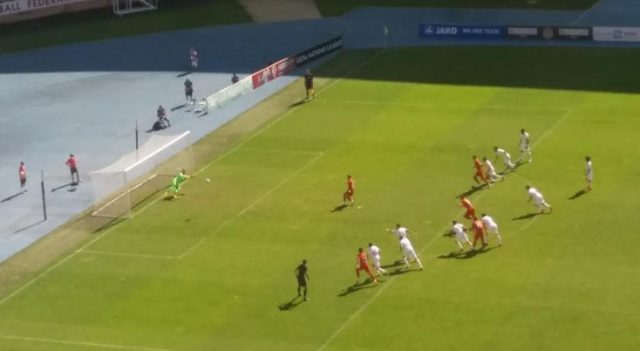 Macedonia scored an easy win over Armenia, in the UEFA Nations League. Two goals from Ezdzan Alioski and Ilija Nestorovski in the first half sealed the 2:1 win. Both were scored from penalties after Elif Elmas was fouled while in action in front of the Armenian goal.

Armenia also scored from a penalty in the final minutes of the game that was played at the Philip II stadium in Skopje.

Coach Igor Angelovski said that he is satisfied with the outcome, especially as it comes after a long break from international football.
The next match for Macedonia is on September 8, away against Georgia.