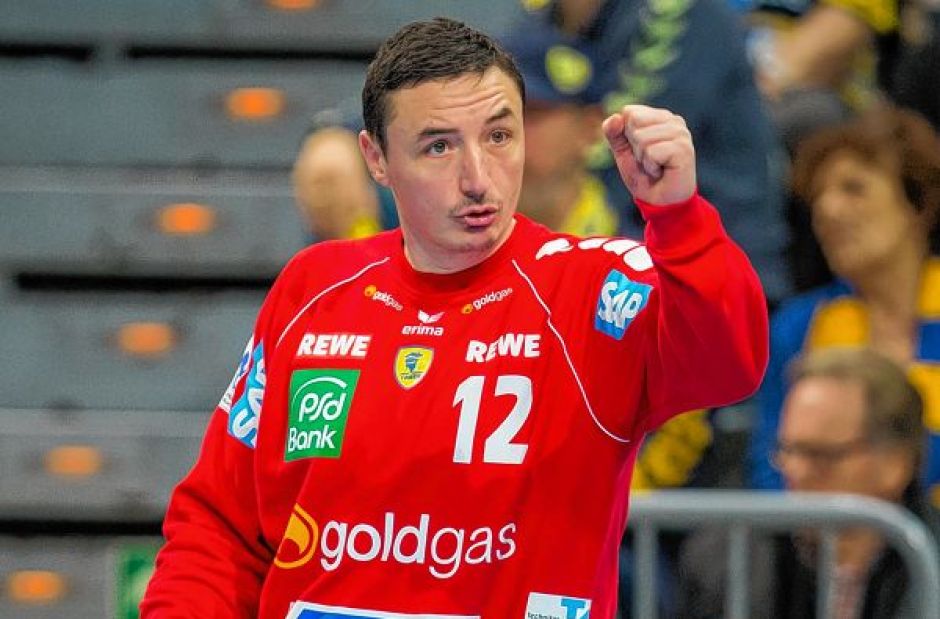 Borko Ristovski was phenomenal on goal and helped Vardar reach the finals of the regional SEHA hand ball league. Vardar beat PPD Zagreb 30:29 after the penalty shoot-out, during which Ristovski saved two goals.

In the final ten minutes he also blocked several clear shots on goal for the Croatian team, helping Vardar even the score.
Zagreb was largely the btter team, and had a four goal lead near the end of the first half.

In the second half, Zagreb had an early lead of five goals and increased it to six with nine minutes to go. But the European champions showed their mettle and scored five goals in a row. The result was tied in the final seconds of the game.

Besides Ristovski, Dissinger and Timur Dibirov were also great for the red and blacks, scoring six goals each. Vardar will face Veszprem from Hungary. Zagreb will play Meshkov Brest from Belarus for the third place.