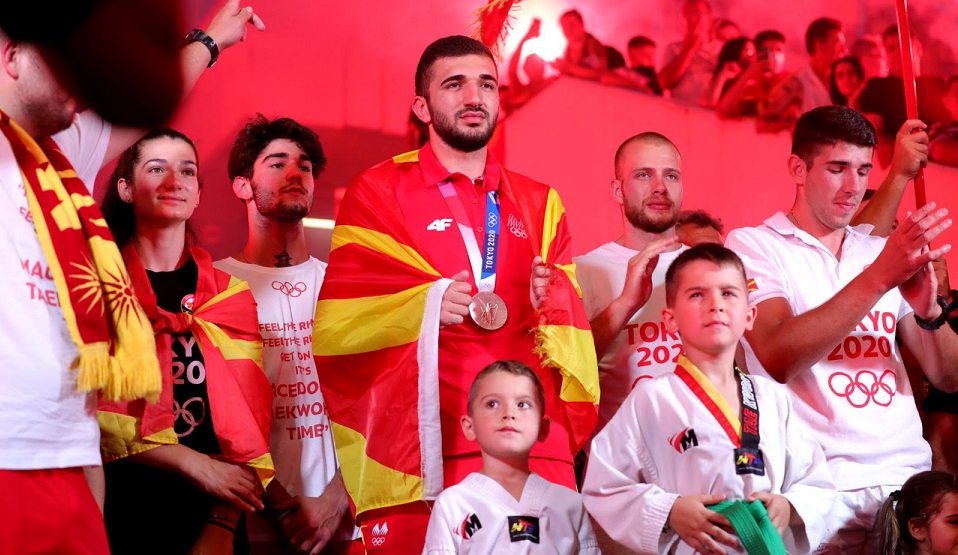 After the Greek reactions during the performances of the Macedonian national football team at the European Football Championship, Greece now has a problem with the Macedonian performance at the Olympic Games in Tokyo and the historic success of Dejan Georgievski, who won a silver medal.

According to the local media, the Greeks don’t have a problem with the fact that Georgievski won a silver medal, but they have a problem with the name Macedonia. They complain about why the coach wore a scarf with Macedonia written on it when entering the ring, then why the Olympic Committee of Macedonia still uses that term, and they also react to the display of a Kutlesh star flag by the Macedonian Olympic delegation in Tokyo.

Skopje continues to use the symbols, and Greece is only passive and does not react, and after EURO 2020, now we have cases at the Olympic Games, especially after the silver medal of Dejan Georgievski, Greek media write. 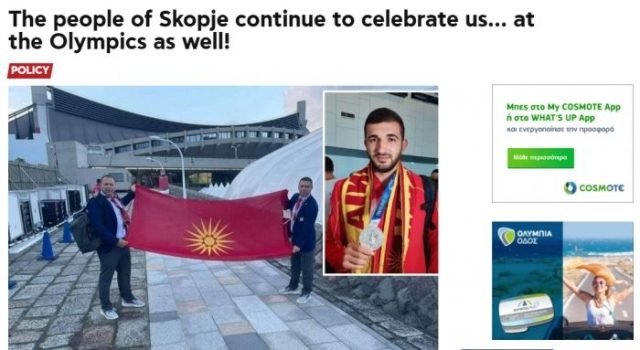 According to the media, the reaction comes because the Macedonian Olympic Committee on its Facebook page uses the name Macedonia, but also because they invited the people to come and welcome the new hero on the “Macedonia” square(?!). 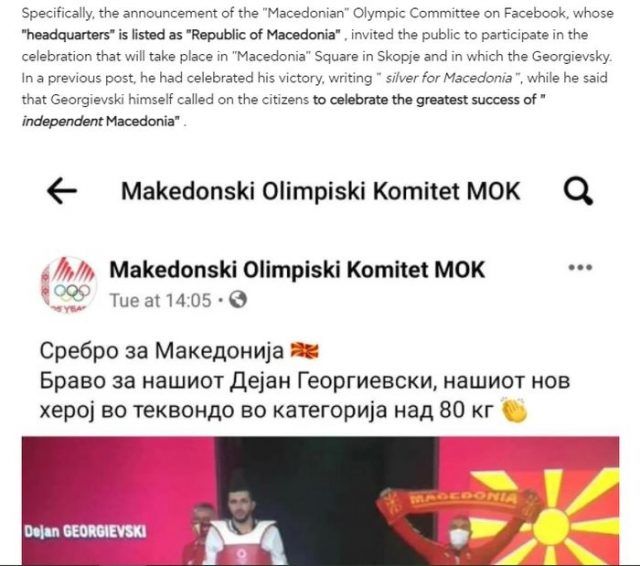 But that is not all. The Greeks also have a problem with the way in which one of the world’s most famous TV program “Eurosport”, which is a private company, presented Dejan Georgievski with only from Macedonia, without adding the new name arising from the Prespa Agreement. 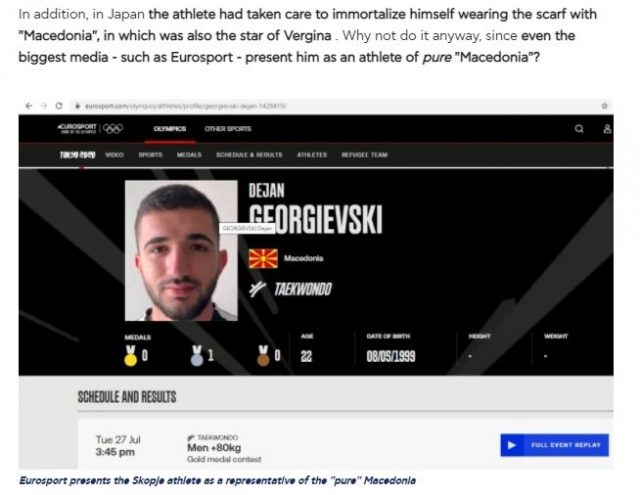 So far there is no Greek reaction to the welcoming celebration for the Macedonian hero from the Olympics, when there were dozens of flags with the Kutlesh star, but it will not be a surprise, this pressure from Greece to quickly get a “second part” with those pictures of the airport reception and in front of the City Shopping Center (GTC) in Skopje.

Macedonia celebrates the 30th anniversary of its independence