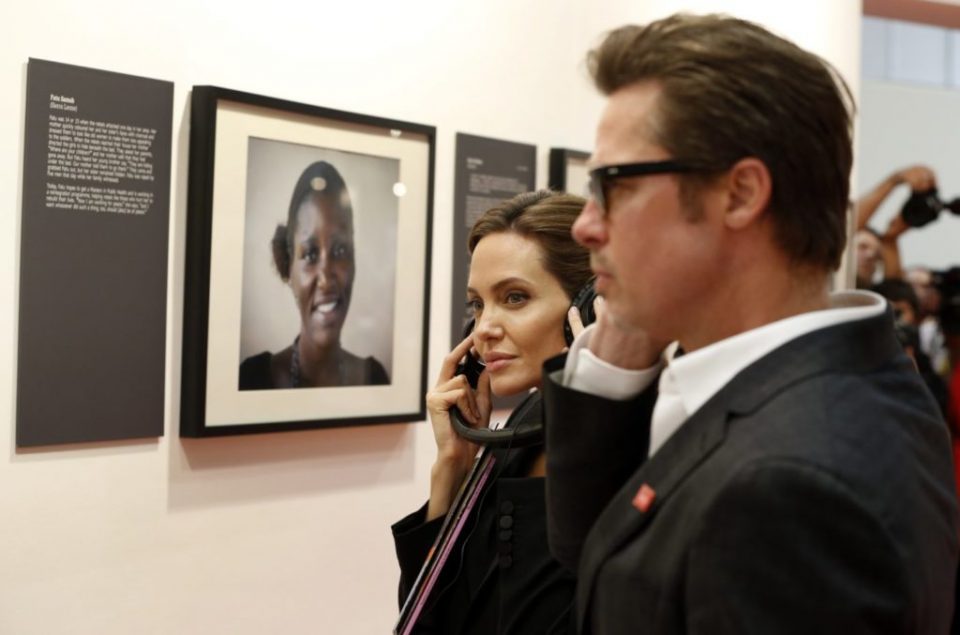 Back together again! For the first time since their Sept. 2016 split, Brad Pitt and Angelina Jolie were photographed together, Hollywood Life wrote.

Brad Pitt and Angelina Jolie met up on Jan. 30 for a three hour meeting, reportedly involving custody of their six kids, and they were photographed together during the outing. The exes have not been seen together since she filed for divorce in Sept. 2016, and the new photos, obtained by WHOmagazine, show them side by side at an office in Beverly Hills. They were reportedly joined by legal representatives for the meeting.

Brad Pitt is rumored to be dating Charlize Theron