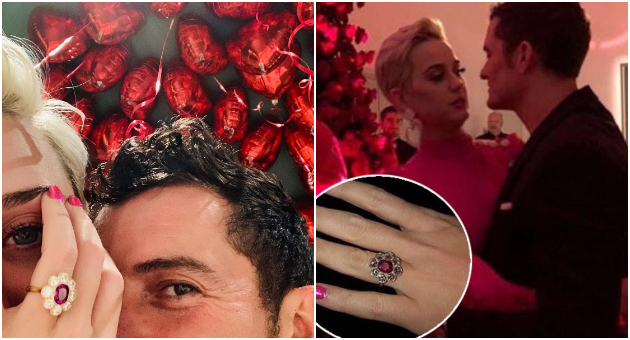 Katy Perry and Orlando Bloom appear to have got engaged on Valentine’s Day.

The American pop star has posted a photo of herself holding up her hand displaying a rather large ring, with the British actor next to her.

A wall of red, heart-shaped balloons is in the background, and the Instagram caption simply reads: “Full bloom.”

Bloom posted the same photo with a single word: “Lifetimes.” The A-list couple separated for a while but seem to be preparing to tie the knot.

In a separate message posted on Valentine’s Day, the Pirates of the Caribbean star wrote: “A shallow person will only have shallow relationships. Real love is not one person clinging to another, it can only be fostered between two strong people secure in their individuality.”

He didn’t mention Perry by name but quoted The Little Prince author Antoine de Saint-Exupery: “Love is not two people gazing at each other, but two people looking ahead together in the same direction.”