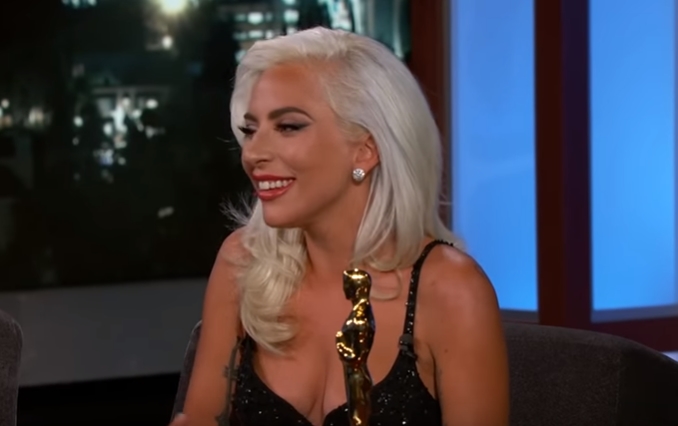 After Lady Gaga and Bradley Cooper sent the internet into a frenzy with their steamy Oscars performance, Mother Monster appeared on Wednesday’s episode of Jimmy Kimmel Live! to set the record straight on those romance rumors.

When Jimmy Kimmel asked her about the speculation, the nine-time Grammy winner gave a giant eye roll and let her expression say it all.

“First of all, like, social media, quite frankly, is the toilet of the internet. What it has done to pop culture is just, like, abysmal,” the singer said. “Yes, people saw love and—guess what—that’s what we wanted you to see.”

Gaga then reiterated the award-winning number they performed, “Shallow,” is a love song and that their film, A Star Is Born, is a love story. She also explained how Cooper planned out their entire performance—from their walkup together and the piano rollout to the camera shots and the lighting.

“I knew that he had the vision for how it should go,” she said.