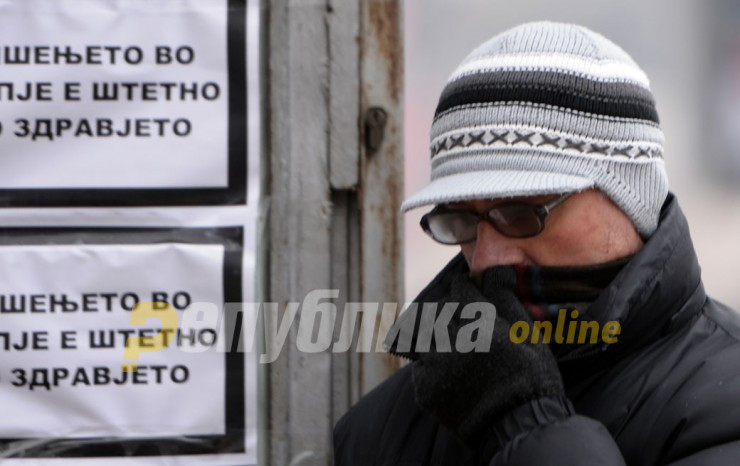 Only recommendations, and no measures against pollution (photo credit: Republika)

Skopje this morning took the 6th place in the world according to the level of air pollution, shows “Air Visual”, an air quality monitoring website.

The ranking is made according to the data from measuring stations located in cities facing poor air quality.

In the past few days, Skopje has been consistently among the ten most polluted cities in the world.

The level of PM10 particles in the air is several times above the permissible limit. The highest level of pollution has been recorded at the Rektorat and Karposh measuring stations.