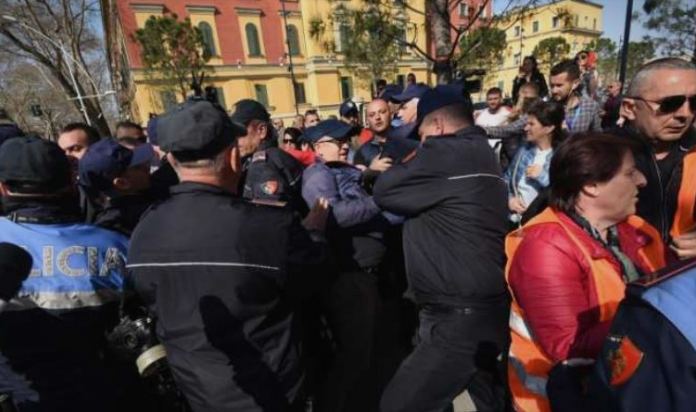 The rally is part of the center-right Democratic Party-led opposition’s protests over the past month accusing the leftist Socialist Party government of Prime Minister Edi Rama of being corrupt and linked to organized crime. The government denies the allegations.

After throwing projectiles and firecrackers for about an hour, a group of protesters tried to break the police line at the main parliament entrance but did not succeed. Riot police in the second line did not intervene, and a nearby water cannon was not used.

In previous rallies, opposition supporters have tried to enter the parliament or government buildings using smoke bombs and projectiles. Police have responded with tear gas.

The Socialists say the opposition’s protests aren’t helping Albania’s progress toward membership in the European Union.