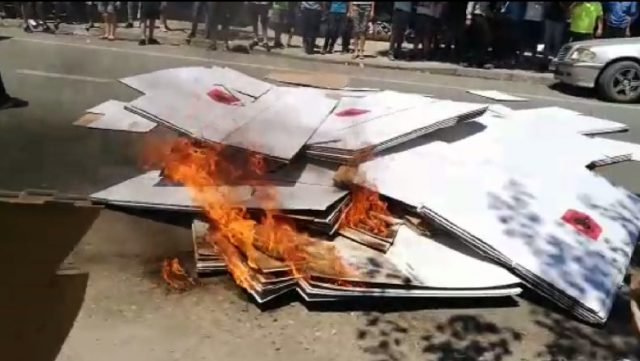 Political tensions in Albania have taken a turn to the worse after anti-Government protesters set fire to a school in Shkodra yesterday, to prevent the municipal elections from taking place on the 30th.

The opposition Democratic Party rejects the elections and demands a technical Government to replace Edi Rama’s Government and to prepare for early general elections. President Ilir Meta dismissed the elections and even threatened to use the army to prevent the vote, while Rama’s Socialists continue to campaign regardless.

The Albanian north is the stronghold of the Democratic Party and in several towns and cities it was reported that protesters have broken into voting stations and have destroyed election materials. In the school in Shkodra, protesters clashed with the police and were able to set fire to the entire material, damaging the school building in the process.