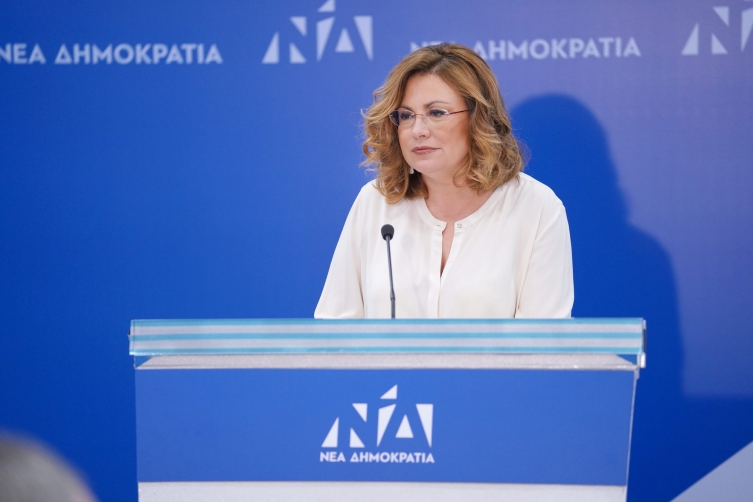 China denied on February 23 a request by a Greek company over the use of term ‘Macedonian’, elaborating that this requires an approval from the neighboring country, Maria Spyraki, spokesperson of Greek opposition party New Democracy, said at the briefing of political commentators on Monday.

Without disclosing the name of the business, I hereby inform you that we have a rejection from China of a Greek company’s request for the use of the term ”Macedonian” for its products, on the grounds that it cannot be used without the permission of the neighboring country. The rejection is dated February 23, 2019″, said Spyraki, MIA reported.

The New Democracy spokesperson mentioned the example in the context of Tsipras’ visit to Skopje, and commenting on trademarks said that “Greek businesses are already paying the cost of the damaging agreement”.

With the Prespa Agreement, the government has left the issue of trademarks, brands and brand names for our Macedonian products for three years. Greek businesses are already paying the cost of this damaging agreement, Spyraki said.

Sekerinska: We tried to buy the western vaccines, but now we must look more broadly

Karakachanov with new provocation: Goce Delcev sacrificed himself for the existence of Bulgaria

Large Albanian protest began today, after the Friday mosque prayers, from Skopje’s Cair district. Protesters will march on the main courthouse and then the Government building. Their demand is that the sentences in the Good Friday massacre are revoked. Three Albanian islamists were sentenced to...
Macedonia 26.02.21 | 12:53

Prosecution demands that Mijalkov is sent into detention