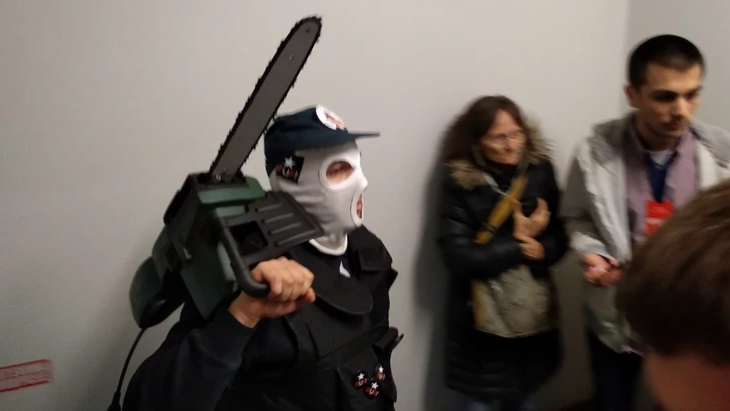 After Serbian President Aleksandar Vucic made a call for forgiveness and reconciliation, the courts reversed detention orders against three detained protesters who entered the public RTS radio – television with a chainsaw.

A coalition of opposition nationalist and centrist parties engaged in a months long campaign of protests stormed inside the RTS over the weekend, blaming the television of political bias and demanding to be allowed to speak on the air. The protesters included the rap duo Minja Pernat and Miljan Cicic, who carried a chainsaw and threatened RTS journalists.

After the protest, the opposition has organized additional protests, now demanding the release of those detained. Six protesters were already sentenced to a month in prison, and Vucic said that he will consider pardoning them.

The protests in Serbia mirror the Colored revolution in Macedonia, organized to force the country to change its name. Protest groups in both countries have personal ties and similar tactics – a nationalist politician tried storming the Macedonian MRTV radio television – now renamed into the National Radio Television – in March 2015.

Vucic blames key Zaev adviser of working against him