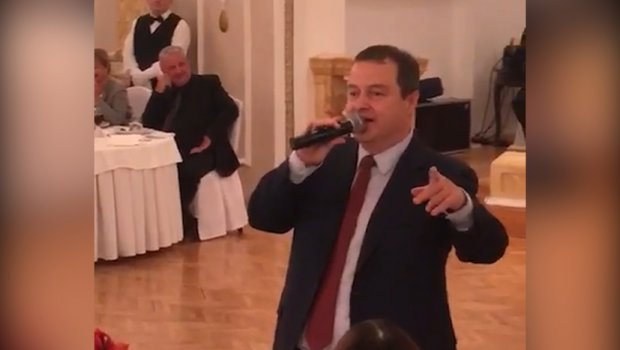 Serbia’s president, Aleksandar Vucic hosted a formal lunch for Vladimir Putin, which was attended by more than 100 officials of the two countries and public figures including film director Emir Kusturica and actor Milos Bikovic.

Serbia’s Foreign Minister Ivica Dacic did not miss the opportunity to sing Russian songs – Kalinka and Rabinushka during the formal lunch.