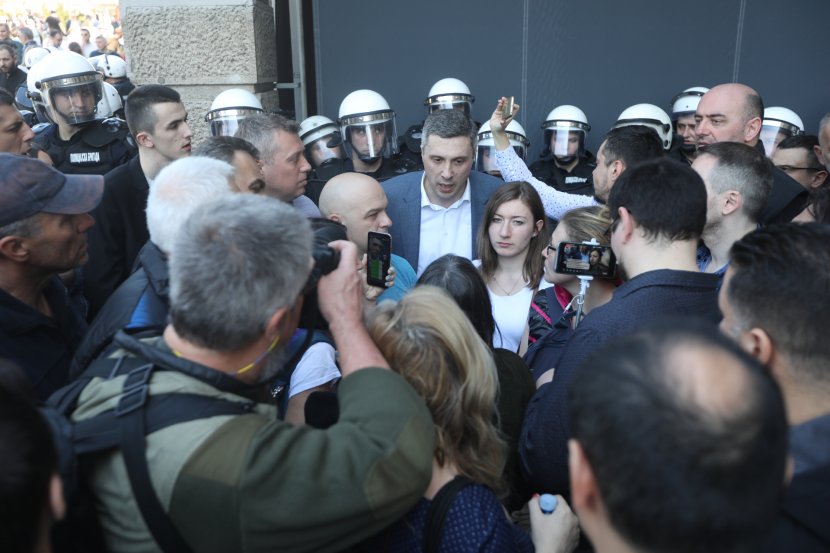 Serbia’s president pledged on Sunday to defend the country’s law and order a day after opposition supporters stormed the national TV station protesting what they said is his autocratic rule, AP reported.

As Aleksandar Vucic held a news conference in the presidency building in downtown Belgrade, thousands of opposition supporters gathered in front demanding his resignation.

Skirmishes with riot police were reported, including officers firing tear gas against the protesters who have pledged to form a human chain around the presidency to prevent Vucic from leaving the building. Police said they were attacked and the interior minister said the protest leaders must be “processed” as soon as possible.

“If they break in here, I will wait for them,” he said, adding that Serbs from Kosovo were preparing to come to Belgrade to protect him, but there was “no need” for that.

Some time later, a picture of Vucic and Interior Minister Nebojsa Stefanovic playing chess was published on the president’s official Twitter account. The caption said the two leaders were having a “short break” inside the presidency building.

Vucic on “Small Schengen”: Is it better to get a worker from Kumanovo or wait for a Canadian?