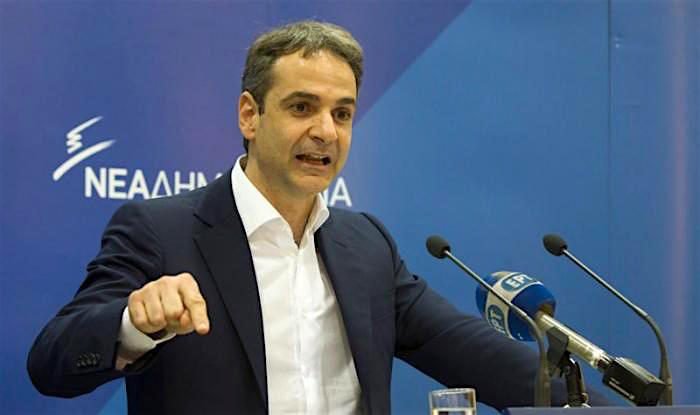 Kyriakos Mitsotakis, during his speech in Kozani, spoke seriously to the Prime Minister and to the results of the Prespa agreement, while he estimated that Greece would hold parliamentary elections on 26 May

Under the Prespa agreement, the government of SYRIZA found against all Greeks, not only in Macedonia but throughout Greece. “The truth is very cruel for our country.” Mr. Tsipras distanced himself from a national policy towards his neighbor and said “yes,” where the six Prime Ministers said no.And he added, “Skopje needs to know her in Greece if they follow a behavior that undermines our national interests. I will fight for the Macedonian products that are threatened by this agreement and are virtually unprotected. ”

Mitsotakis then described a dialogue with the Prime Minister during the first negotiating period that led to the Prespa agreement:

“I had to go to my office in Parliament to ask what I think of Illinden agreed by Mr. Tsipras and Mr. Zaev, and if there were no reaction from the ND, things would be even worse.This tells me that these issues did not interest him much.Tipras was and is chairman of a party whose leaders recognize the recognition of Skopje Mitsotakis described Panos Kammenos as “late Makedonomachos” and reiterated that the first to be the next Prime Minister is that he will not oppose the veto right against the Skopje accession process in the EU. They know the nationally responsible attitude of the New Democracy. We warned SYRIZA to divide the Greeks to join the Skopje. And we revealed the role of Panos Kammenos, who in his words played the patriot, but in fact donated Mr. Tsipras to sign the Prespa. ”

Outgoing PM Zaev: Greece will help us get date for start of EU accession negotiations