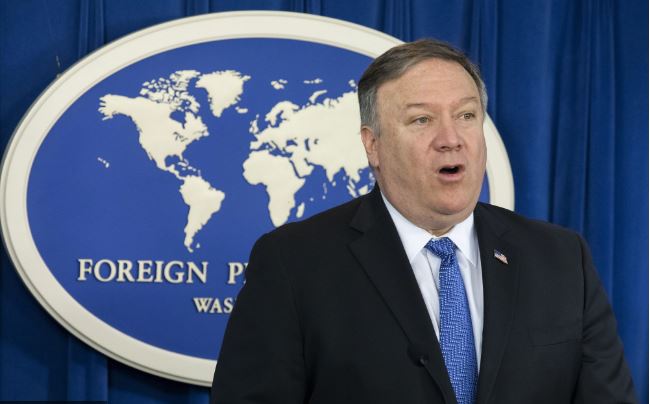 U.S. President Donald Trump’s threat to devastate Turkey economically should it attack a Washington-backed Kurdish militia in Syria would not change plans to withdraw troops from the country, Reuters reported Secretary of State Mike Pompeo as saying on Monday.

Asked what Trump meant by economic devastation, Pompeo told reporters in Riyadh: “You’ll have to ask the president.”

“We have applied economic sanctions in many places. I assume he is speaking about those kinds of things. You’ll have to ask him,” Pompeo said, adding he had not spoken with Ankara since Trump’s comment.

“I don’t think it changes the president’s decision for our 2,000 uniformed personnel to depart Syria,” he added.

Relations between the two NATO allies have been strained over U.S. backing for the Kurdish YPG, which Turkey views as an extension of the outlawed Kurdistan Workers Party (PKK) that is waging a decades-long insurgency on Turkish soil.

Trump said on Twitter the United States was starting the military pull-out from Syria he announced in December but would continue to hit Islamic State fighters there, adding: “Will devastate Turkey economically if they hit Kurds.”

Commenting on the safe-zone issue, Pompeo said Washington wanted to provide security for those who have fought against Islamic State and to prevent any attack on Turkey from Syria.

“If we can get the space and the security arrangements right it would be a good thing for everyone in the region,” he said.

Pompeo welcomes ratification of NATO Protocol in the Senate