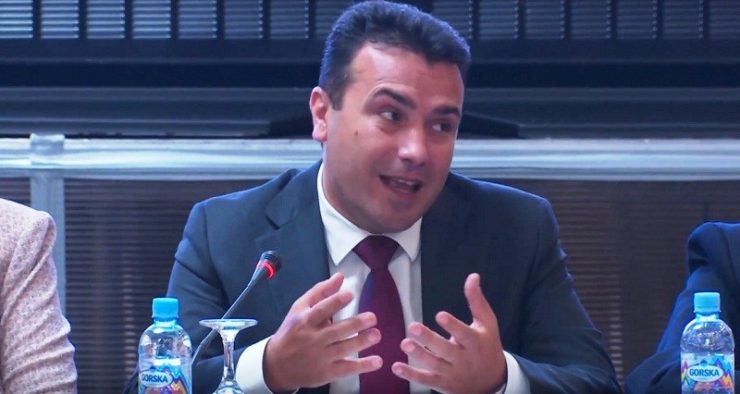 After threatening Macedonians with war if the deal with Greece is not approved in Parliament, is Zoran Zaev now trying to gain public support for the so-called Prespa treaty by promising major new investments.

All indicators show that 2019 will be the year of economic growth. If we catch the EU and NATO wave, Macedonia has excellent chances for great economic growth. We have 16 new foreign investments and 250 domestic companies were supported by the state. We are negotiating with giant companies who are only waiting to see if this process is completed, Zaev promised in a Sitel TV interview.

His economic record so far has been dismal, and no major new manufacturing plant was opened in his year and half in office, as the Government dismantled the low tax and low regulation regime and the system of industrial parks carefully put in place by the Nikola Gruevski Government. Asked recently when will his promise of a 5 percent GDP growth finally happen, Zaev responded “God willing, it will”.