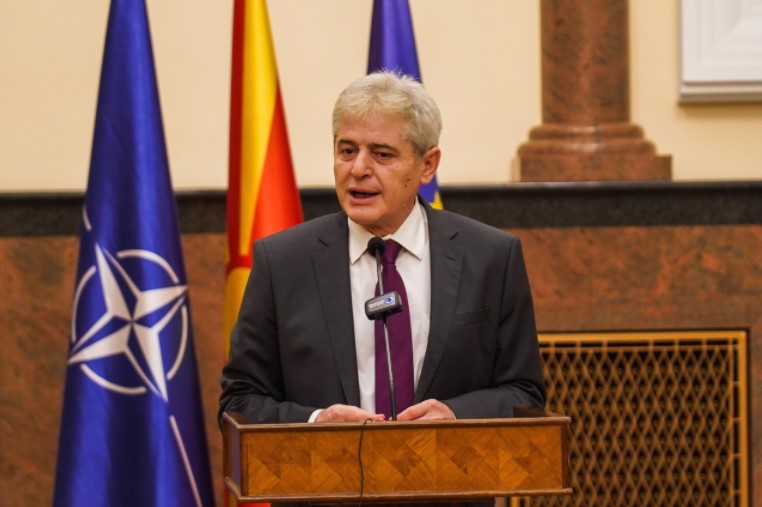 DUI party leader Ali Ahmeti called on Macedonia to accept the demands put forward by Bulgarian Prime Minister Kiril Petkov, starting with including the Bulgarian nation to the Preamble of the Constitution. Ahmeti, whose power over his coalition with SDSM keeps growing, made the statement after meeting Petkov, who is visiting Macedonia.

Nothing bad will happen to the country if we accept the Bulgarian minority as a constitutional category. It is important that we open the EU accession talks. That is how we build a secure future, Ahmeti said, adding that other nations, such as the Croats and the Montenegrins, can be added as well.

Even the Zaev regime wanted to postpone this move until it is certain that Bulgaria will allow Macedonia to join the EU. VMRO-DPMNE also demands reciprocity from Bulgaria – the recognition of the Macedonian minority in Bulgaria – which is a major taboo in Bulgaria.

Ahmeti added that it is his impression that Petkov wants to move quickly to have the veto lifted, but that it will require concessions from Macedonia.