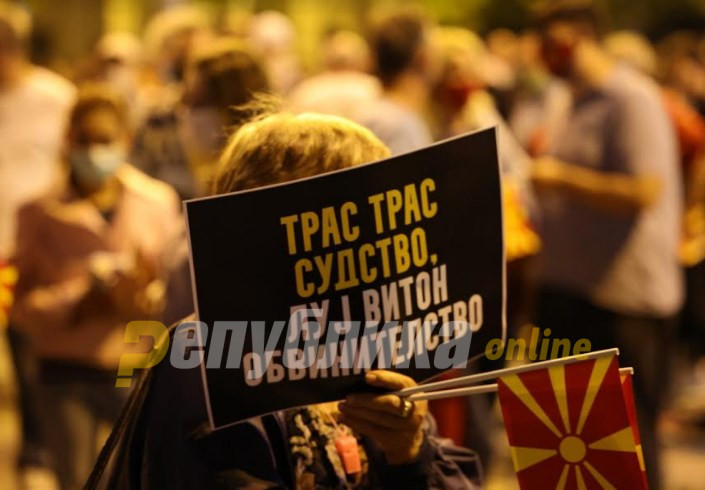 In her Kanal 5 interview, US Ambassador Kate Byrnes also criticized the judiciary in Macedonia for working slowly on major corruption cases. Byrnes discussed the high level of corruption in the country, and said that both the Government and other institutions have responsibility for the state of affairs.

Your country is facing a very serious challenge right now. In particular young people, who are looking around and wondering if they have prospects here, if they can make a living here. You have average citizens who are frustrated by the corruption, the lack of rule of law reforms and the kind of progress they had hoped to see by now. I do think there are some concrete steps that can be taken relatively quickly to show and to demonstrate determination to address these issues. First and foremost, seeing some of these corruption cases that are in the courts now move forward would be a very strong signal, as would Parliament swiftly adopting the national anti-corruption strategy and a meaningful implementation of that strategy, Byrnes said, also calling on the Government to use the newly formed position of Deputy Prime Minister for fighting corruption.

She observed that the US invested a lot in the judiciary in Macedonia and that there is still no trust in the independence of the judicial system.

We have invested a lot in trying to build up the kind of institutions that will ultimately provide confidence in impartial justice. But it takes time and people are frustrated with the length of time it has taken. So I think it is important that there are efforts to accelerate these reforms, Byrnes added.