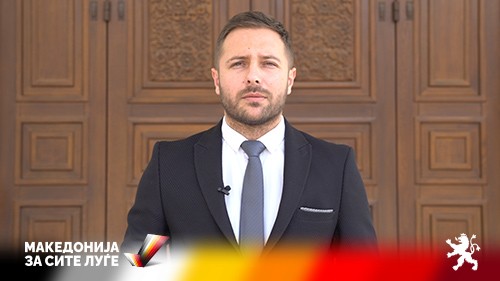 The verdict in the “April 27” case is unfounded, with the intention of torturing Zaev’s political enemies, but there will come a time when answers will have to be given for such decisions, said Dimce Arsovski, spokesperson for VMRO DPMNE.

As long as Zoran Zaev is in power there will be no justice in the Republic of Macedonia. Today’s decision of the court is a timed and planned verdict that aims to create fear among the political enemies of Zoran Zaev and completely undermines democracy in the country. Additionally, while political enemies are punished with unfounded verdicts, as is the case today, Zaev’s government is defocusing the public from its own crimes and corruption in which SDSM and DUI officials are engaged in. Such a verdict is nothing but a continuation of the government’s practice of torturing people in the case who have proved their innocence in the proceedings, and the court bases the verdict decision only on the testimony of a man with a huge criminal record who according to the expertise is proved that he was not present at all at the place he testified about, says Arsovski.