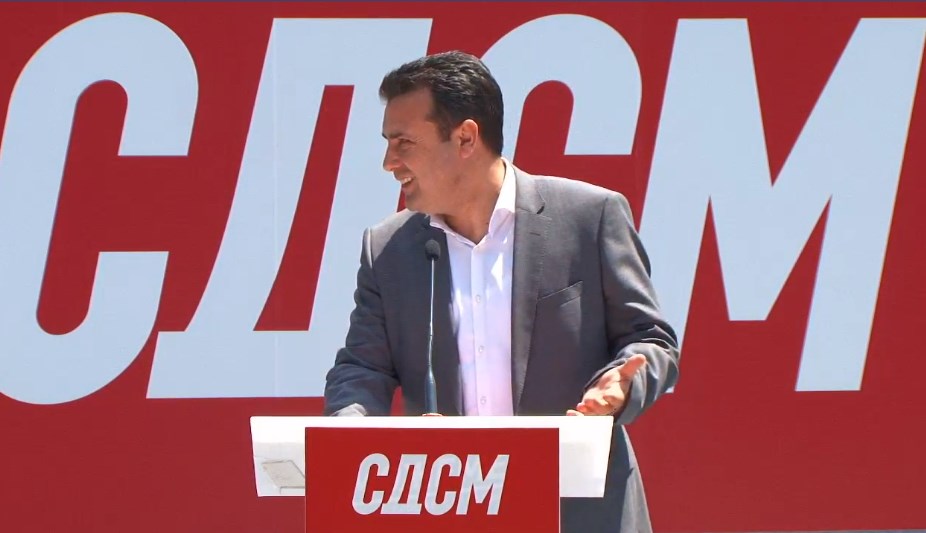 SDSM party leader Zoran Zaev shocked the public today with his push that elections take place on July 5, even as Macedonia suffered its worst single day death toll of the coronavirus epidemic so far. Seven people died and 89 were listed as newly infected – numbers that surpass anything from what was previously considered the peak of the epidemic.

The Black Monday, as it is being called, is largely due to the violations of curfew restrictions during the Muslim month of Ramadan, when dozens of men would routinely gather for family feasts in homes, yards, even blocking entire streets, after sundown. The clusters of cases are concentrated in the majority Muslim parts of the capital Skopje, in Tetovo, which is also majority Albanian Muslim, and in Skopje’s densely populated area of Aerodrom. In this light, President Stevo Pendarovski extended the state of emergency for additional 14 days, expiring in the middle of June, but according to Zaev, this means that the elections will take place on July 5, which he considers the first available date.

Seven deaths – the worst daily toll of the epidemic so far

As a main reason for this urgency, SDSM officials have recently decided to evoke the need for Macedonian citizens to go on a summer vacation at leisure, an issue which is far from the minds of most people even if the borders do reopen. One of the proponents of this idea, tax authority director Sanja Lukarevska, who was busily campaigning for SDSM over the past weekend, was herself yesterday diagnosed with Covid-19. Half a dozen top party officials announced they are going into quarantine after holding meetings with Muhamed Zekiri, SDSM Vice President and head of the party’s Albanian wing, who likely caught the virus during one of the iftar dinners.

Elections must take place as soon as possible. it is important for the state that we have fully functional institutions, the SDSM party said in a press release, and Zaev called on the public to go out to vote in order to remove the single VMRO-DPMNE official who holds a Government department – Interior Minister Nake Culev – whom SDSM is trying to blame for the Ramadan spike.

This abdication of responsibility and politization of the threat the country faces shocked the opposition. VMRO-DPMNE President Hristijan Mickoski asked Zaev “how do you even sleep at night” after Zaev’s press conference today, and VMRO Vice President Vladimir Misajlovski called on all SDSM officials who were violating the curfew for iftar dinners or were campaigning, to resign.
SDSM was running a campaign for weeks, which included having its officials, many of whom are now in quarantine, meeting with voters in some of the worst affected cities as Kumanovo. 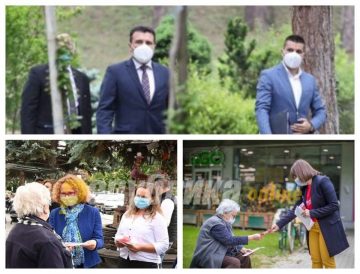 This included a visit by Lukarevska, interim Prime Minister Oliver Spasovski and interim Deputy Interior Minister Slavjanka Petrovska to Kumanovo over the weekend. Although Lukarevska is now diagnosed positive and Petrovska is in quarantine, Spasovski decided he will not go into quarantine, which would be his second quarantine of the epidemic. SDSM was also busily violating electoral regulation by distributing food such as bags of flour and potatoes in the poor, often Roma neighborhoods in Strumica and Kumanovo. Besides amounting to electoral bribery, the practice was conducted with no protective equipment and likely contributed to the spread of the virus.

Other countries have taken note of the resurgence of Covid-19 in Macedonia. Montenegro, which initially said it will allow Macedonian citizens without requiring tests and quarantine, reversed the decision and placed Macedonia back on the black list.

Several polls have shown that Macedonian citizens want to wait until September to have the elections take place, allowing the country to be run under a state of emergency by then. But this seems to be precisely the reason why SDSM is pushing for quick “corona elections” – forcing party loyalists to vote and expecting a boycott from both the opposition and undecided voters would allow SDSM to stack the Parliament with its representatives even if it leads to thousands of new infections and hundreds of deaths. Elections would require mobilizing 35.000 public administration workers, each of whom would to interact with hundreds of voters in polling stations, and voters would have to remove masks to be identified. This has prompted the opposition to require that elections take place in August or September, when the epidemic would hopefully be better managed and the numbers would go down. But Zaev today ignored these proposals and declared his determination to hold “corona elections”.