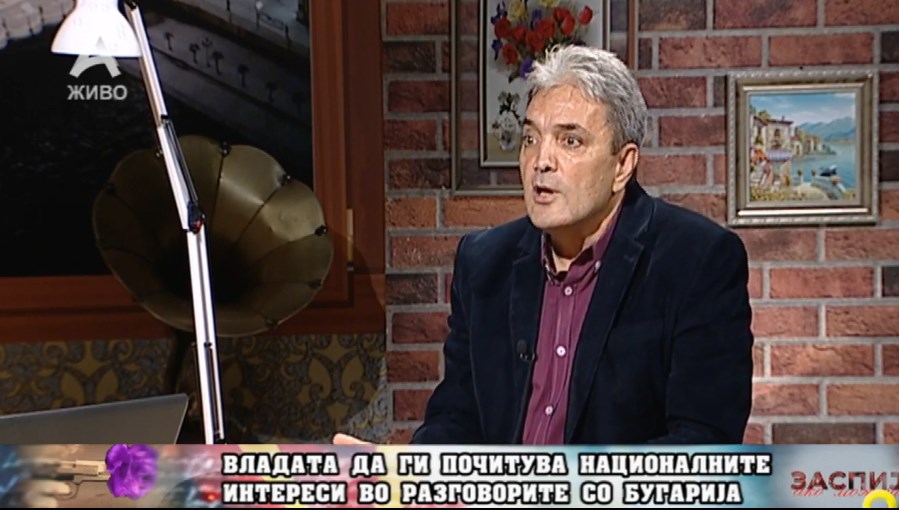 Bulgaria is attacking the pillars of the Macedonian national identity, the pillar of Goce Delcev and the Ilinden Uprising is being attacked most extremely, if that pillar is attacked we not only lose Goce Delcev, we also lose VMRO,  Petar Atanasov, former Deputy Minister of Education in the Government of Zoran Zaev said Tuesday on the “Zaspij ako mozes” show.

Sociologically, our modern identity as a state is based on three pillars. These three pillars are very clear. Our national identity, our nation is based on the myth of Ilinden where the main protagonist is Goce Delcev as a myth, as a person who fought for Macedonia, who built it all, started that struggle. Then the second pillar is the partisans, the Communist Party, the victory in World War II, on the side of the victors against fascism. And the third pillar is what we call the people, ethnic identity, the past what we carry with us as an ethnic mark, as folklore, here are two crucial elements that give us uniqueness in that Balkan national agenda, and that is the language above all the Macedonian language and the church, stressed Atanasov.

Atanasov added that Bulgaria is attacking all three pillars of Macedonia on which our identity is based.