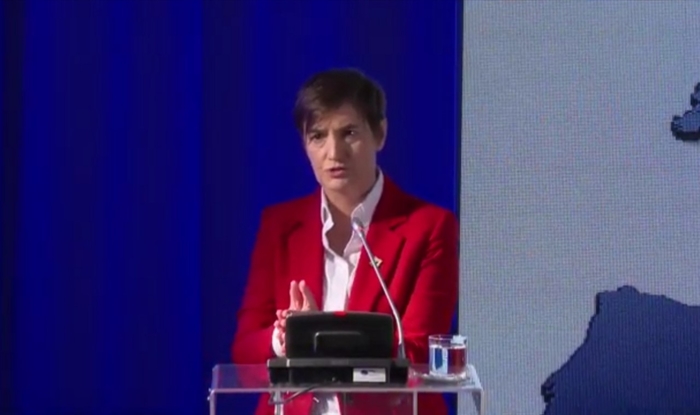 What happened to Macedonia is a dangerous precedent. The bilateral issue of interpreting the origin of a language or history is not an issue that should concern the EU, Serbian Prime Minister Ana Brnabic said at Friday’s press conference in Ohrid, where she is taking part at the Prespa Forum Dialogue.

We will see what happens in the future, but I think that what happened to Macedonia is a dangerous precedent. European integration must not be linked to bilateral issues, or if it is linked to bilateral issues, it should be clear that this is because they must be resolved in order not to bring open issues into the EU. I think that the bilateral issue of interpretation of the origin of a language or history is not a bilateral issue that should concern the EU. Therefore, I think it is a bad precedent that has been set and I hope we will not see such precedents in the future. But I’m afraid the Pandora’s box may be open. But if European integration continues like this, it is contrary to all European values. We should try to find common ground, to look to the future. Here we are not looking at the past, but at a very distant past which is the subject of our personal interpretations, Brnabic said, answering a reporter’s question on the country’s failure to receive a date for the start of negotiations at the June EU summit.

She expressed hope that the issue will be resolved and that by the end of the year the country will receive a decision to start negotiations, which it has deserved, and which, in her opinion, is also in the interest of the entire region.

Zaev: Brussels should honestly face the situation for EU’s further enlargement in the Western Balkans

Mogherini: Prespa Agreement an inspiration to settle other open disputes in the region