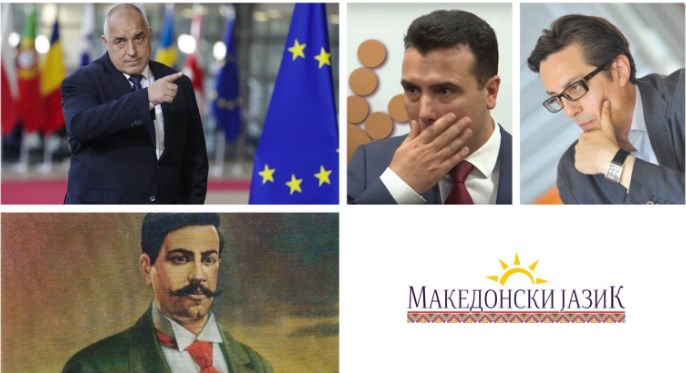 In an interview with AFP, Zoran Zaev said that the Bulgarian veto of Macedonia’s EU accession talks caused “lot of bitterness among us” and called the Bulgarian move an “unpleasant surprise”. Zaev dismissed Bulgarian demands that Macedonia acknowledges that the Macedonian nation, language and history have “Bulgarian roots”.

“Questioning of the Macedonian identity is a red line. That is an issue of self-determination, which is at the heart of the European project”, Zaev told AFP.

The French news agency points that Macedonia was long vetoed by Greece, but that Zaev made concessions to Athens by accepting a new name to the country.

But new hurdles keep cropping up, from initial objections among EU members like France to the latest row with Bulgaria, again over history and heritage. “We showed how much we believe in the European values,” Zaev said, referencing the painful compromise of the name change. “And now, when Europe was supposed to show its European values –- they were not there.”

AFP notes how Bulgaria was the first country to recognize Macedonia after it declared independence from Yugoslavia but that relations are now getting complicated.

Sofia argues that the Macedonian identity is an artificial construct, essentially claiming the people and the language are historically Bulgarian. Much of the disagreement stems from the fact that this region was for centuries under Ottoman rule, with nation states emerging and often changing borders through the wars of the 20th century. Bulgaria accused North Macedonia of stealing its history and is especially irked over the lack of progress from a joint commission that has been trying to agree on a common narrative for textbooks. Zaev said he believed such matters should be primarily work “for historians”, but that it was important to also highlight the agreements the commission has come to in some areas.