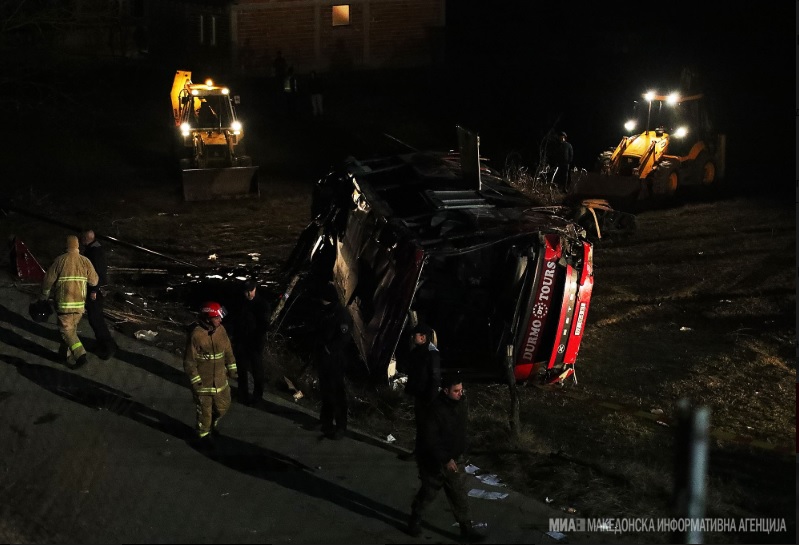 Chief Public Prosecutor Ljubomir Joveski said that, while the cause of the fatal bus crash which killed 15 people last week is still being determined, the driver Manoil Trifunovski is receiving death threats. Joveski called on the public to avoid speculating on the cause of the crash.

We have indications that the driver was receiving threats to his life. I appeal that the presumption of innocence is respected. Prosecutors still haven’t pointed out to the cause of the accident. Actions are being taken, the forensics investigation is on-going and witnesses are being questioned. Once we have the evidence, we will reveal the cause, Joveski said.

Local media reported that Trifunovski and his family left Gostivar days after the crash. The company owner Durmis Beluli implied that Trifunovski is to blame for the crash, while one passenger said that he was the driver struggling with the steering wheel seconds before the accident. The possibility of a mechanical failure is also supported by the fact that Beluli also owned the mechanical testing facility where his buses underwent their mandatory annual check-ups, and no independent testing was available.

Most of the victims were people from Gostivar who work in Skopje, students and in some cases grandparents who visited their relatives in the capital. The crash is one of the worst traffic accidents in recent Macedonian history.