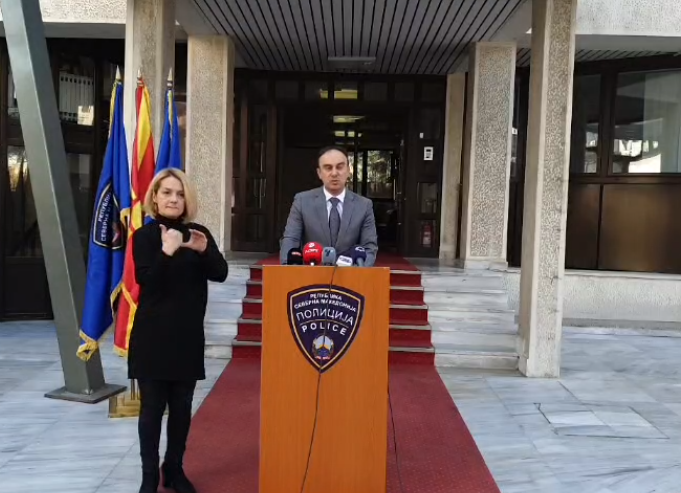 Opposition leader Hristijan Mickoski sent a legal representative to the police station where he was summoned today to be interrogated over the incident in early June when a restaurant where Mickoski was having lunch was raided by the police because he was allegedly sitting at a table in the indoor area, which should have been off limits.

Mickoski acknowledged that he made a mistake and offered to pay a fine, but the ruling SDSM party, which has agents following Mickoski, snapping pictures and has tried to stage another case accusing him of violating coronavirus restrictions, is hoping to use the “scandal” in the pre-election period.
With rallies scheduled during the day, Mickoski sent a lawyer to represent him at the police summon. Also present was Interior Ministry adviser Ljupco Andonovski, who joined Mickoski for lunch at the restaurant.

The restrictions were widely ignored, including by SDSM party officials who campaigned during the entire epidemic, and in the Muslim majority areas during the month of Ramadan – which greatly contributed to the current Second Wave of the epidemic. Today, Interior Minister Nake Culev also addressed the issue.

My adviser and the opposition leader violated the social distancing restriction, they owned up to their mistake, said that they did not know the current restriction that was in place and were interrogated over it. Anyone who violates the law in the future will also be interrogated, Culev said.

Last week, Culev was challenged by SDSM party leader Zoran Zaev to interrogate him if he believes he violated any law. Zaev was talking in light of the questioning of his healthcare chief and close childhood friend Den Doncev, who is suspected of racketeering. New scandals that involve Zaev are breaking every day, based on various leaks that point to his business ties and abuses of power.