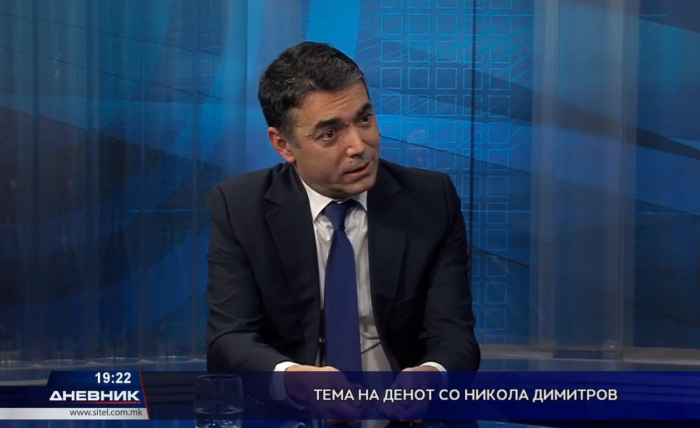 Former Deputy Prime Minister and former Minister of Foreign Affairs, Nikola Dimitrov, in an interview with TV Sitel, regarding the upcoming joint session between the Macedonian and Bulgarian governments in Sofia, believes that the dispute is rushed, that this is the position of the new government, which it has nothing to do with the previous one.

According to Dimitrov, the previous position was that “this is a package.”

If we remove the elements it will be harder to compromise. It was confirmed on Tuesday that only Macedonia made a concession. We must not be euphoric after the lessons of the past and be careful. Difficult topics remain. The success is not only in removing the Bulgarian veto, but also in the way it will be done. I do not think the problem will be solved if we pretend, Dimitrov said.

The former minister adds that it is important to reiterate that there is a Macedonian language and a Macedonian minority in Bulgaria.

The language must be clear in the negotiation framework, says Dimitrov.

Dimitrov: Until when will parties appoint directors of schools and hospitals?

It is equal to national defeat, says Dimitrov over letter demanding inclusion of Bulgarians in Macedonian Constitution to become EU condition