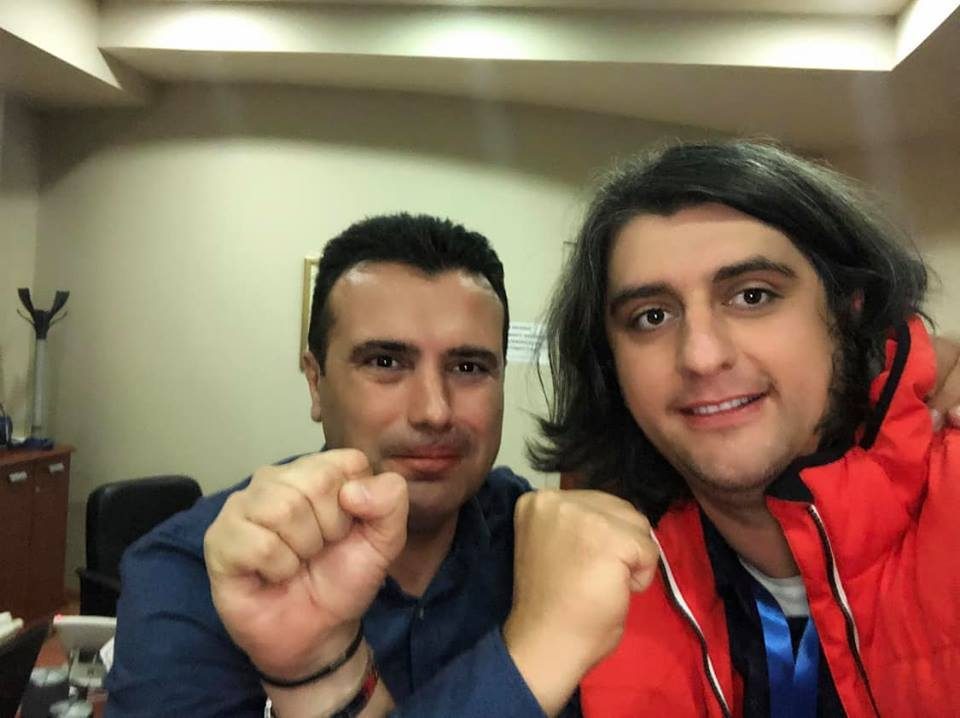 Recriminations erupted in the ruling SDSM party after the disappointing showing of its candidate Stevo Pendarovski in the first round of the presidential elections. The first fissure line to appear was a familiar one – SDSM’s own ethnic Albanian wing opposed to its Albanian coalition partner DUI.

Typically, it was SDSM deputy leader Muhamed Zekiri, one of the few high level ethnic Albanian politicians in the leftist party, who fired the first shot, after exceptionally low turnout among ethnic Albanian voters. The opposition ethnic Albanian candidate Blerim Reka attributed the dismal Albanian turnout figures to high emigration levels, but Zekiri believes it is a warning sign from boycotting voters.

It’s a bitter win. The result should serve as lesson to us all!! Albanian citizens cleraly said that it is tiem to retire a big part of the Albanian political elite in the Republic of North Macedonia!! It is time that some officials in our own SDSM assume responsibility!, Zekiri wrote on his Facebook account.

Zekiri, a former journalist and an imam by education often prone to hateful comments, like the time when he quoted the Quran section often used to justify attacks on homosexuals, has been fighting a running battle with DUI over dominance among the Albanian voters. His inroads among ethnic Albanians in 2016 helped SDSM reduce its losing margin against VMRO-DPMNE in the then general elections, but it also turned off many Macedonians, with VMRO now solidly winning the majority ethnic group in the country. In response, DUI leader Ali Ahmeti publicly called on Zoran Zaev to discipline his deputy, but that might rob SDSM of the only growing pool of voters his own party has available. The tension was visible last week, when thugs associated with the SDSM appointed, ethnic Albanian Mayor of the municipality of Aracinovo, detained a crew from a TV station seen as close to DUI. In the end, Reka carried Aracinovo overwhelmingly, with nearly double the votes of SDSM’s Albanian wing and DUI combined.

Zekiri’s SDSM wing and DUI were forced to co-exist in the pre-election campaign, but now that the two parties put together were barely able to fight VMRO to a draw, the gloves are off. The first round of the elections produced a third Albanian bloc which may turn out to be bigger than either DUI or Zekiri’s supporters. Conservative opposition Albanian candidate Blerim Reka won 80.000 votes and could be the kingmaker in the second round. This despite an ugly campaign against him, during which DUI official Artan Grubi accused Reka of not being fully Albanian and elaborating on the origin of his last name at length.

VMRO-DPMNE candidate Gordana Siljanovska – Davkova claimed Reka’s votes for the opposition, seeing them as votes against the SDSM – DUI coalition, and clearly expects to gain much of them in the second round. Grubi was in damage control mode on Sunday evening, insisting that “none of these votes will go to a non-European Macedonia, I guarantee you that”. SDSM leader Zoran Zaev also appealed to the Reka voters, asking them to be responsible in the second round and vote for Pendarovski, not for Siljanovska or abstain from the vote.

At the same time, Reka’s main supporter, Ziadin Sela from the Alliance of Albanians, quickly called on Zaev to resign, as he promised to do in case of an electoral defeat, and to allow that early elections are held.

Former diplomat Arsim Zekolli saw the results in the Albanian camp as victory for both VMRO and the Albanian oppositoin.

After Zekiri’s arrest, three candidates considered to take over his post