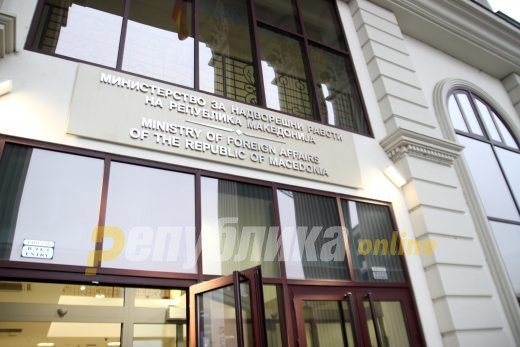 The Macedonian Diplomatic Union is calling on the foreign minister to withdraw the current draft law on foreign affairs.

The draft text of the MoFA has been drafted in a non-transparent manner, with the participation of a narrow circle of people, without internal or public debate until its publication to the public and does not enjoy the support of the overwhelming majority of ministry staff, the Macedonian Diplomatic Union said.

According to the Union, the large number of comments on the Draft Law made these days by the Legislative Secretariat, the Ministry of Finance and the Ministry of Information Society and Administration confirm the remarks of the Union that the draft text was unprofessional, does not cover the matter fully and is practically only sloppy attempt to draft a narrower law in its nature, the Law on Diplomatic Service, which is quite different from the Law on Foreign Affairs.