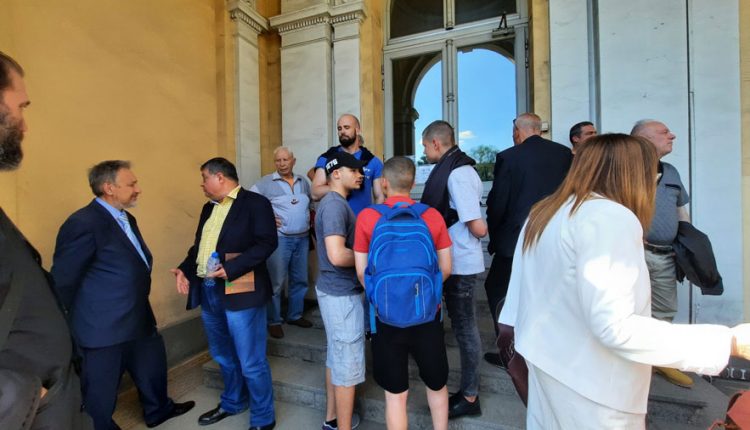 The first planned event of the newly formed club of Macedonian – Bulgarian friendship was disrupted today in Sofia, as Bulgarian nationalist politician and member of the European Parliament Angel Dzhambazki showed up with a group of his supporters.
Dzhambazki, who is co-leader of the VMRO-BND party, sat in the front row and wanted to listen to the former Macedonian Prime Minister Ljubco Georgievski, who was the main speaker, along with Bulgarian writer Stefan Decev. The organizers insisted that the event is by invitation only and that Dzhambazki must leave, while the MEP said that he is there to engage in a discussion after the main remarks.

After half an hour of back and forth, Dzhambazki cordially met with Georgievski, outside of the venue, but the local organizers insisted that the event won’t take place until he leaves. Dzhambazki cited problems faced by Bulgarian in Macedonia, such as the hate speech charge filed by a private side – the Levica party – against the head of the newly opened club “Vanco Mihajlov” in Bitola, named after the Nazi collaborator.

Bulgaria seems likely to continue to veto Macedonia after the European Council in June.