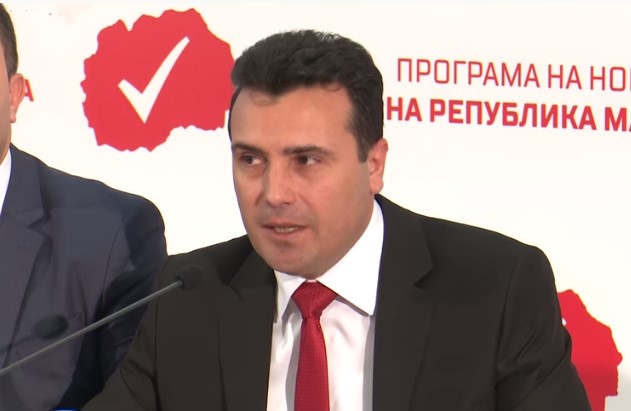 The announcement from interim Interior Minister Agim Nuhiu, who is an ethnic Albanian DUI party nominee, that he has signed bylaws that will make the police uniforms bilingual – Macedonian and Albanian, is in stark contrast with what SDSM party leader Zoran Zaev promised would happen when he introduced the law on bilingualism.

Constitutional law experts we have consulted are of the opinion that the coins and bills are used on the territory of the whole Republic of Macedonia, and any use of another language on them is contrary to the Constitution. The experts are also of the opinion that the issue of uniforms is covered by the Constitution and a basic principle of the army and the police is for all to have one and a same uniform. Having different uniforms is contrary to the constitutional principles, Zaev said in 2017, as he was preparing a coalition with the DUI party that eventually adopted the so-called “bilingualism law”. In this instance, Zaev was called out by then VMRO leader Nikola Gruevski, who warned on the consequences of Zaev’s adoption of the Tirana Platform put forward by the ethnic Albanian parties.

Nuhiu used the opportunity after the resignation of Interior Minister Nake Culev, and before the creation of a new Government, to push in the bylaws. These, the Interior Ministry said, will have to be approved by the Government, which is also outgoing.