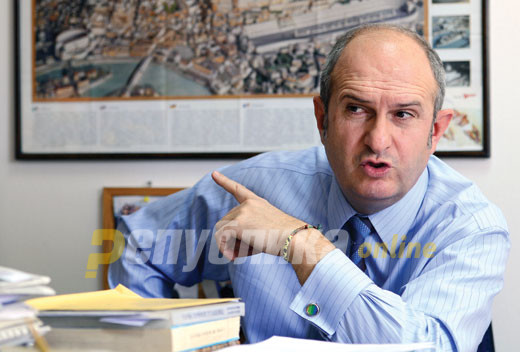 In an interview with a Bulgarian TV station, former Macedonian Prime Minister Vlado Buckovski agreed with the Bulgarian position that the two countries share a common history and praised his SDSM party leader Zoran Zaev for his 2017 treaty with Bulgaria.

In the past three years there has been a dramatic move forward, and what was unimaginable in the past, that in Macedonia it is recognized that we have a common history, is now a fact. But it remains on us t o find a way to represent before the broader public in Sofia and in Skopje that the search for common events and historic figures that bring us closer should be part of the future, and not divide us over events of 100 years ago, Buckovski said.

Zaev’s regime already dispatched another former Prime Minister who is part of Zaev’s coalition, Ljubco Georgievski, on a “charm offensive” to Sofia. Bulgarian media has jumped on such comments in the past, including from former Foreign Minister Denko Maleski, as vindication of Bulgarian positions that the shared history should be seen the Macedonian identity being derived from the Bulgarian.

Buckovski was initially sentenced, then released on statute of limitations, in a corruption scandal in which, as Defense Minister, he ordered that a large delivery of T-55 tanks from Bulgaria, donated to Macedonia in the Georgievski  term, are destroyed. Buckovski kept placing purchases for spare parts for the tanks through a shell company even as he was having the weapons cut into pieces.