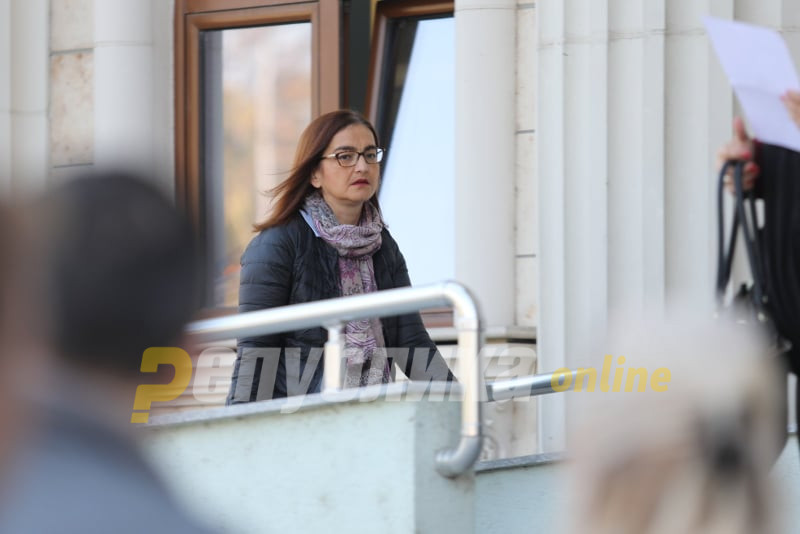 Former Interior Minister Gordana Jankuloska was transported to the Idrizovo prison today, to begin serving out her four year sentence.

Jankuloska, who is a former top VMRO-DPMNE party official, was sentenced over one of the half a dozen cases initiated against her by the Zaev regime and its affiliated Special Prosecutor’s Office (SPO). Specifically, she was sentenced for the purchase of an armored Mercedes vehicle used to transport visiting foreign dignitaries to Macedonia – the same case that was used to sentence former Prime Minister Nikola Gruevski. The vehicle was purchased and is still in use, and the funds were not misappropriated, but the now thoroughly discredited SPO unit insisted that Gruevski and Jankuloska abused their position because they were also going to use the vehicle.

The case against her was delayed as she gave birth to her son, but recently a Supreme Court verdict confirmed the sentence. She is the second top level VMRO official to be ordered to serve her sentence, after another former Interior Minister Mitko Cavkov. Gruevski left the country and is now a political emigrant in Hungary, and many other defendants received leniency after agreeing to support the ruling SDSM party.