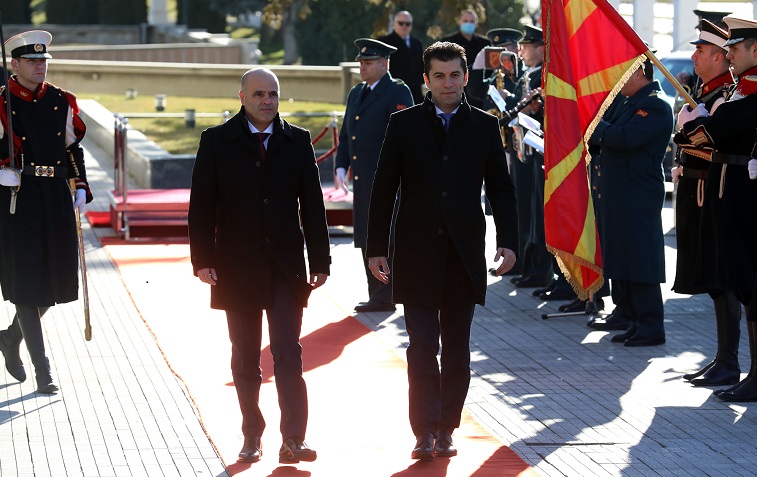 The governments of Macedonia and Bulgaria are holding rounds of meetings in Sofia today, to kick off the next six months of negotiations which are expected to bring results that will allow Bulgaria to lift its veto against Macedonia’s EU accession talks.

Prime Ministers Kiril Petkov and Dimitar Kovacevski met this morning, followed by meetings of ministers who make up the four groups that cover infrastructure, culture, economy and EU integrations. The heads of the delegations in the fifth commission, that deals with history, will also meet in Sofia. It’s expected that the political leaders will increase their pressure on the Macedonian historians in the committee to accept more of the historic narrative that Bulgaria wants studied in Macedonia. 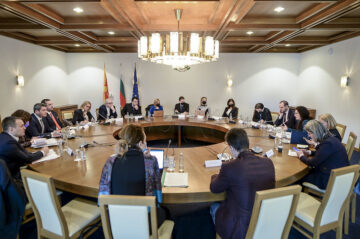 Kiril and I are people who like Excel charts, deadlines and accomplishments. We will be here constantly and will participate in the work of the groups, asking for progress that will make the citizens of Bulgaria and Macedonia happy, Kovacevski said.

Prime Minister Petkov added that he hopes the process will lead to improvements in the awful infrastructure links between the two countries. He pointed out that Bulgaria will closely follow the state of human rights of ethnic Bulgarians in Macedonia, which is the current pivot point of the Bulgarian demands, after their claims at the Macedonian history and national identity were seen as excessive in Brussels and Washington.

I believe that this dialogue, this constructive work, will replace the nationalism, hate speech and discrimination, Petkov said.

In the afternoon, Kovacevski will meet with Bulgaria’s more hardline President Rumen Radev, who has often voiced strict demands from Macedonia, as well as with the Speaker of the Parliament Nikola Mincev.

The meetings in Sofia come after Petkov visited Macedonia last week, the day after Kovacevski was named Prime Minister.