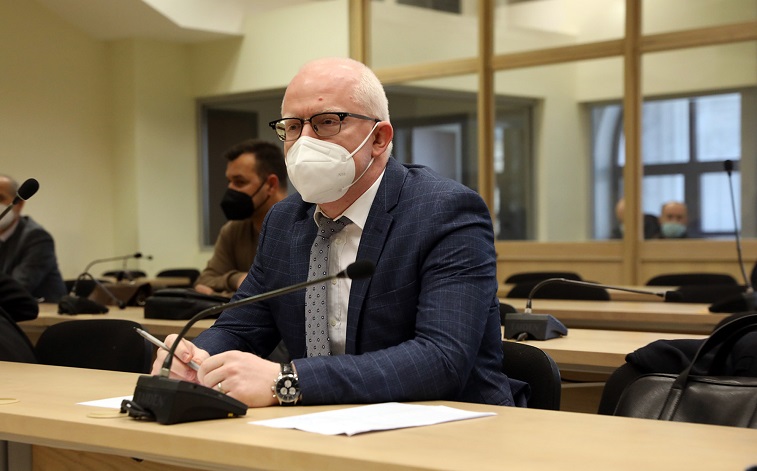 The trial of Zoran Zaev’s former right hand man began in Skopje today. Dragi Raskovski, who was Zaev’s chief of staff in the Government, is charged with abuse of office. He instructed the Government to purchase traffic management software for the Interior Ministry which he himself developed and sold through a company he operated. Raskovski is also charged with taking kickbacks from SDSM party activists which he employed in the Government office.

The trial started with an announcement from prosecutor Ivana Trajceva that she will present new evidence before the court. She did not specify the nature of the evidence she came by.

Raskovski had several memorable quotes, when asked before the court about his outsized personal wealth, which he listed under his minor children. Raskovski insisted that he was well-off even before joining the Government, and said that the property his children have comes from “presents given by their relatives”.

My children have savings from presents they received for their birthdays. The rest of their funds come from me, we are a traditional family and I want to leave something for my children, Raskovski said.

He added that he currently has no plans to break ground on the planned luxury villa in a village near Skopje. Shortly before his arrest, the plans for the villa were leaked to the press, which added to the deluge of pressure on the prosecutors to investigate Raskovski, who was implicated in a number of far more serious corruption scandals than the two he is charged with.