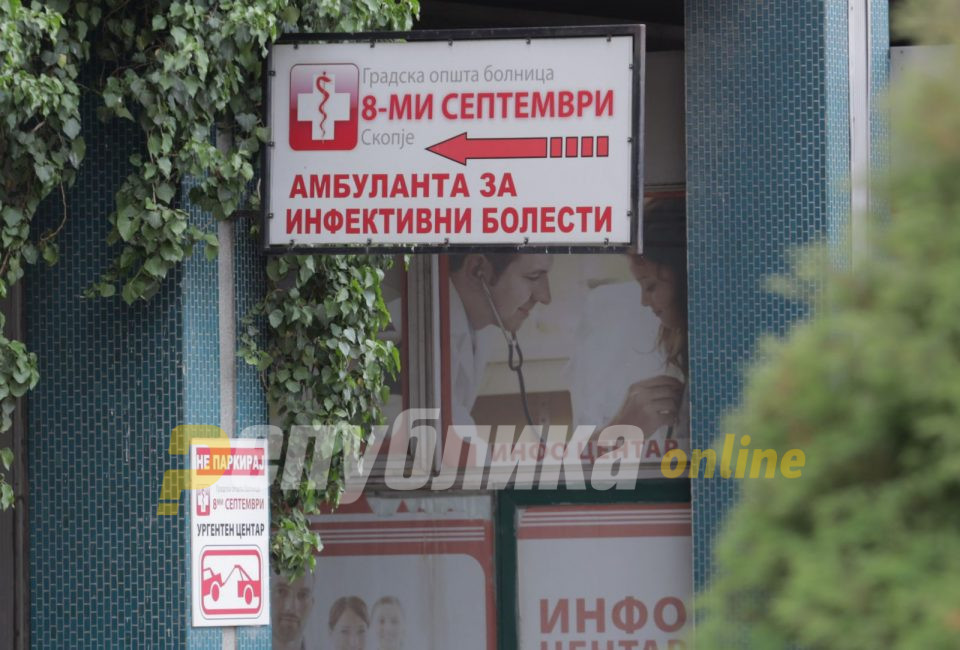 The large spike in newly diagnosed coronavirus cases, caused by the free-wheeling New Year’s Eve celebrations and the spread of the omicron variant, overfilled the two main Covid centers in the capital Skopje.

The 8th of September hospital and the Infectious Diseases Clinic reportedly sent back patients who sought treatment yesterday, even though they had reduced oxygen saturation levels, several media outlets reported. A number of alternative Covid centers that were opened in Skopje during the previous summer spike have been closed as numbers dropped in autumn and early winter, so the issue of hospital capacity is again being raised.

The number of active cases quadrupled in a matter of weeks to over 20,000. Initially the death rate remained low, even as the infection rate spiked, but now Macedonia is seeing a dozen deaths each day, as even this lighter version of the virus is taking its toll.