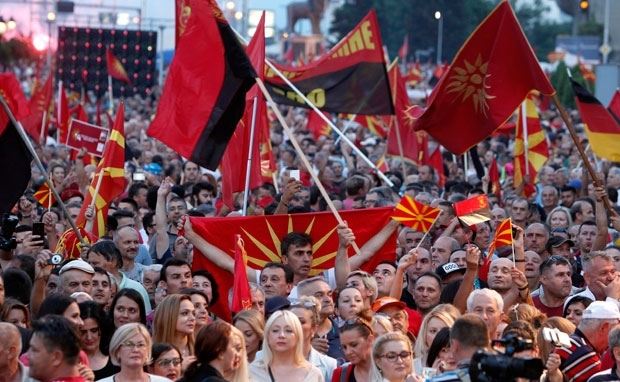 VMRO-DPMNE would win by a 100.000 votes over SDSM if the elections were held today, said the opposition leader Hristijan Mickoski in his interview with a Macedonian radio program in Sydney.

Latest polls clearly show a huge lead for VMRO-DPMNE against SDSM. The level of support we see would be translated into at least 100.000 votes if the elections were held now. This shows that VMRO has not been weakened, in fact it’s strong, and is the greatest political party n the Republic of Macedonia. Of course, there are minor groups that want to help Zoran Zaev by causing disturbances on the right. These are people who present themselves as VMRO members but in reality work for Zaev. But, in sum, VMRO is winning and VMRO will form the next Government, Mickoski said.

If confirmed, such a margin of victory would translate into a 10 seats lead in Parliament. As Zaev and smaller political parties are pushing for changes in the electoral model, mainly toward abolishing some or most of the six electoral districts, Mickoski offered a counter-proposal – removing the proportionate model and introducing a British and American style first past the post system with 120 electoral districts.