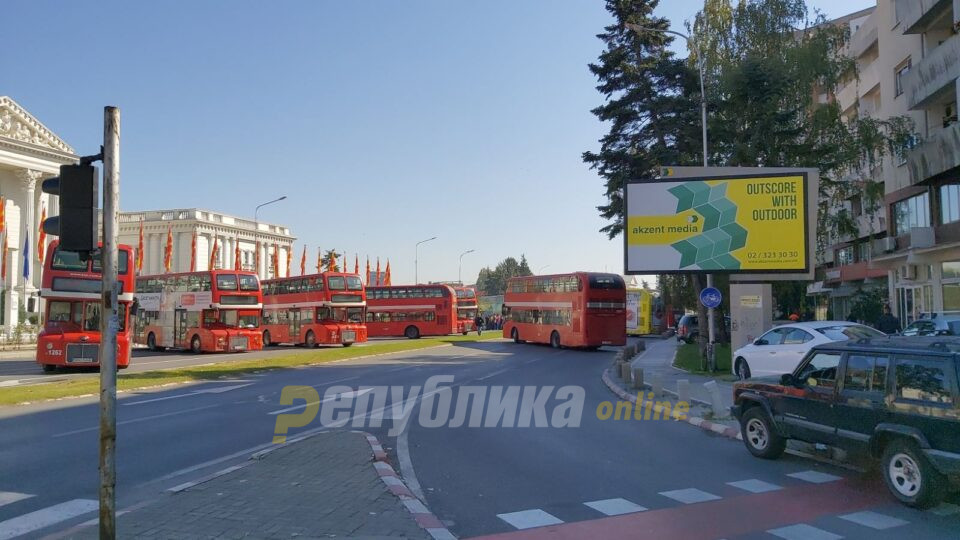 The employees of JSP today started the protest in front of the Government building and in front of other institutions due to non-payment of the September salary. The management of the representative unions of JSP announced yesterday that they will protest until the promises are realized, but the employees will not stop working.

If we don’t get paid today, tomorrow at 16:30 h we will come with our families to protest. We are all hungry, we cannot fulfill our obligations and we will all together to express the revolt from the political parties and I hope today they will sit down and come to an agreement, said today Mico Stojanovski from the SSM union within JSP.

After JSP bus service was halted in Skopje following a bomb threat, the public bus transit company received early Wednesday morning, their buses are back on the city’s streets after being checked for explosives by anti-terrorist teams. 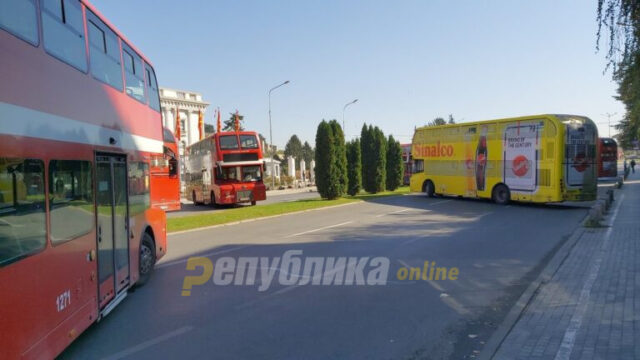