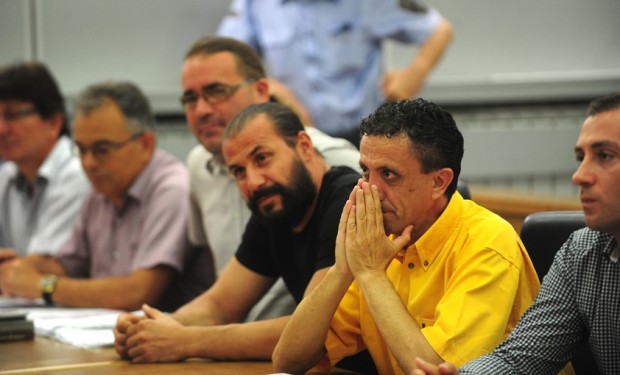 Journalist Tomislav Kezarovski demands an apology from the media outlets who broadcast a security camera video showing him lash out against a female journalist Jordanka Ivanovska.

Kezarovski, who was charged with revealing the identity of a protected witness in a murder case which made him a cause for local and international freedom of media organizations, insists that he will sue the media outlets who don’t apologize to him over the tape. The recording was shared by Ivanovska, who informed that he approached her as she was parking her car and verbally assaulted her.

Kezarovski and his wife on one side, and Ivanovska on the other, had an exchange on Facebook several days before the incident, when Ivanovska asked him to come out in support of journalists who are now being persecuted for reporting on the criminal scandals involving the Zoran Zaev Government.