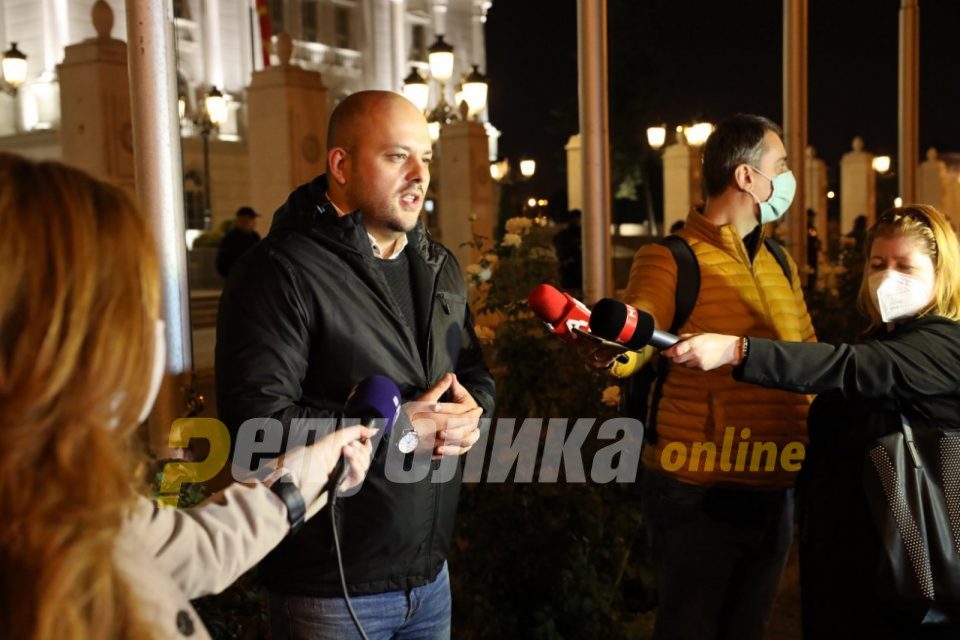 VMRO-DPMNE MP, Darko Kostovski, in front of the government building said that the mass presence of citizens protesting against crime, corruption, injustice and persecution by the government led by Zoran Zaev and SDSM, showed that the entire Macedonian public is convinced that in the past period, especially the period when SDSM is in power, this country is not free at all.

Kostovski noted that the state is occupied or captured by a few politicians who are criminals and simply work to improve the soil for criminals and crime.

He added that this is a period of tenders worth millions granted by the Government, but at the same time there is a racket at all possible levels, from high-ranking businessmen to local branches in the settlements, and in the meantime, the people are getting poorer.

Kostovski: This is one big victory for the strong national consciousness of Butel people

Stoilkovski: Zoran Zaev, Ilinden is the foundation of Macedonia, you idiot!

Janusev: It is time to return the country in the hands of the people

We are here at this protest to express disagreement with the Macedonian top leadership, especially with the Prime Minister Zoran Zaev who touches the core of the Macedonian identity, Professor Trajko Slaveski said Friday’s protest in Bitola organized by VMRO-DPMNE. According to him, the disagreement...
Macedonia 04.12.20 | 19:19