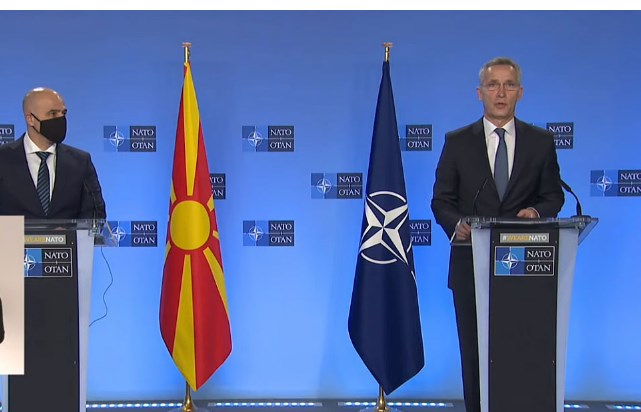 Tensions between Russia and Ukraine was one of the main topics discussed by Prime Minister Kovacevski and NATO Secretary-General Stoltenberg.

This is the largest Russian deployment since the Cold War, Stoltenberg told a joint news conference with Macedonian Prime Minister Kovacevski.

In this context, the Secretary-General said that the North Atlantic Alliance “continues to demand de-escalation” from Russia and warned that any “additional Russian aggression will have serious consequences and a heavy price.”

At the same time, Stoltenberg said that NATO wants to engage in dialogue with Russia, after the Alliance sent a series of proposals to calm tensions to the Russian authorities.

“But NATO will not compromise on its fundamental principles: the right of every nation to choose its own path and NATO’s ability to protect and defend its allies,” he said. 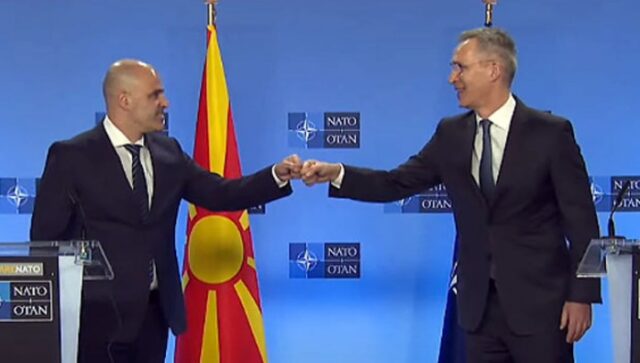 Yesterday, the United States sent military reinforcements to Eastern Europe – Germany, Poland and Romania – as a sign of readiness to respond to Russian action in Ukraine.

Stoltenberg welcomed the US decision, calling it a “strong signal of US commitment”.

“We are also considering deploying additional NATO battlegroups to the south-eastern part of the Alliance,” he said.

Kovacevski expressed support for the work of the Alliance in relation to Russia and Ukraine, emphasizing that it was NATO’s open door policy that enabled Macedonia to become a member.

We support NATO’s proposal for thematic meetings with Russia on the state of European security relations with a focus on Ukraine and transparency, risk reduction and arms control. We fully support Ukraine’s sovereignty and its territorial integrity within its internationally recognized borders, Kovacevski said.

According to the Prime Minister of Macedonia, “NATO is a collective defense alliance that brings Europe and North America closer in this crisis.”

As allies we are strong, determined and united in our response. North Macedonia remains fully committed to the founding agreement of Washington as well as to the fundamental values and principles of the Alliance, added the Prime Minister.