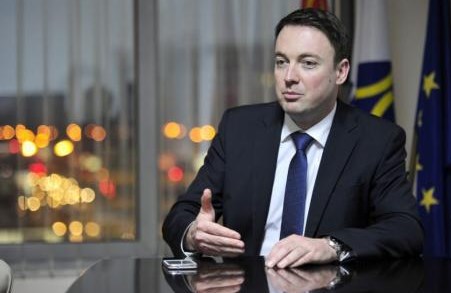 LDP party leader Goran Milevski said that his party, and their ally DOM will submit a list of their positions to SDSM, once this party elects a new leader and proposes a new Government, and depending on their answer, will determine whether they will remain in the coalition.

LDP and DOM have three seats in Parliament and could easily cause a new crisis, and possibly bring down the SDSM – DUI led coalition, if they leave. Mileski made it clear he is not happy with what he referred to as “blackmail” from the Alternative party, who is about to get three departments in the Government in exchange for lending SDSM and DUI their mere four votes in Parliament.

The Government was left without majority in Parliament and the Alternative party took advantage of this to get positions that do not correspond to its strength on the ground. This was in a way a blackmail, Milevski said.

He added that if their talks with SDSM fail, LDP and DOM will support VMRO-DPMNE in its push for early elections, and rejected the idea of forming a new ruling majority with VMRO in the existing Parliament. “I don’t think we need political intrigue within the Parliament. I assure you, if we leave the Government, we will doubtless be in favor of holding new, early general elections”, Milevski told Radio Free Europe.

As one payoff he expects from the Government, Milevski named his request for funding for a new gondola and expansion of the Pelister ski resort in his native city of Bitola.