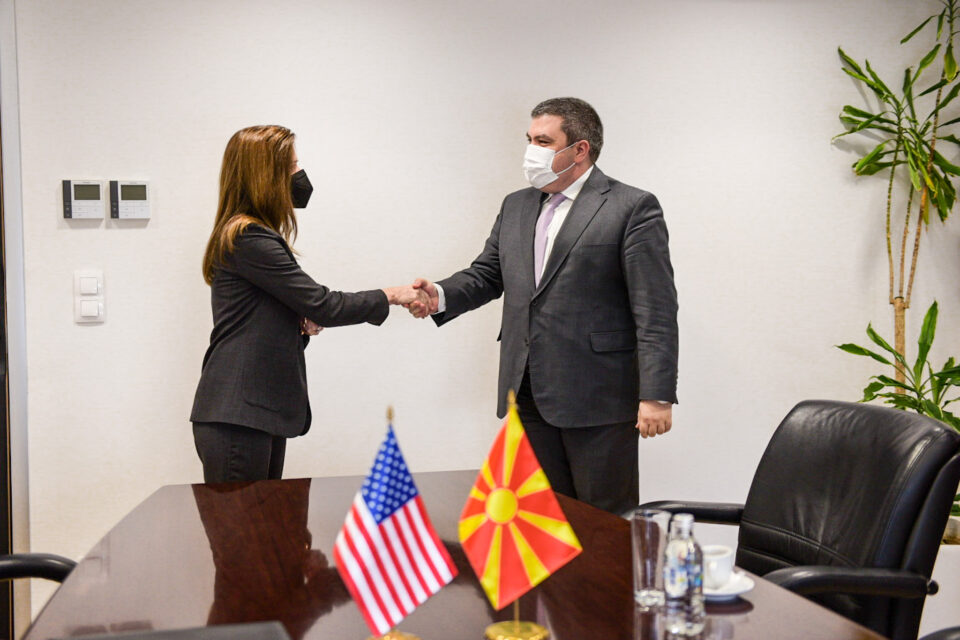 The Deputy Prime Minister for European Affairs, Bojan Maricic, met Friday with the US Ambassador to Macedonia, Kate Marie Byrnes.

The meeting focused on the US support in the process of European integration of our country, and  the importance and necessity of the progress of the Western Balkans in the process of European integration was stressed. Deputy Prime Minister Maricic expressed confidence that reforms remain in focus, but that at the same time a clear and certain outcome is needed for the European future of the region.

Ahead of the joint session with the Government of Bulgaria, Deputy Prime Minister Maricic presented to Ambassador Byrnes the way in which the working groups will be formed and will function within the new approach with Bulgaria, which are expected to move the process of overcoming the open issues, but also to be a good basis for strengthening cooperation between institutions, civil and business sectors.

Finally, Deputy Prime Minister for European Affairs Maricic stressed that strengthening cooperation with the United States, as our strategic partner with whom we have long-standing close relations, is of great importance because the United States remains one of the main supporters of the reform agenda on the road to European integration.

At the meeting, Ambassador Byrnes congratulated Deputy Prime Minister Maricic on her new position, expressing confidence in his personal commitment to make a major contribution to the country’s European integration process during the mandate.