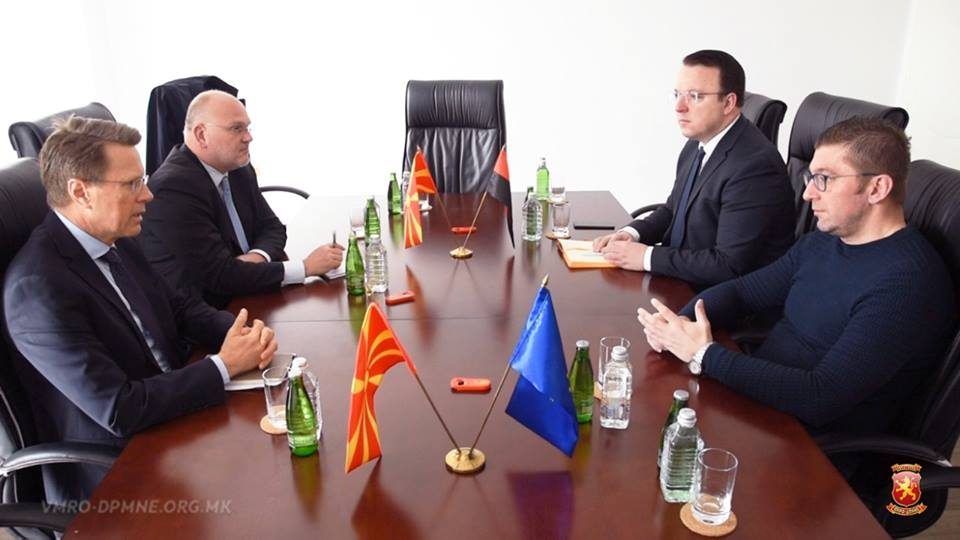 VMRO-DPMNE leader Hristijan Mickoski together with party vice-president Aleksandar Nikoloski met Wednesday with the head of the EU Delegation to Macedonia, Samuel Zbogar. 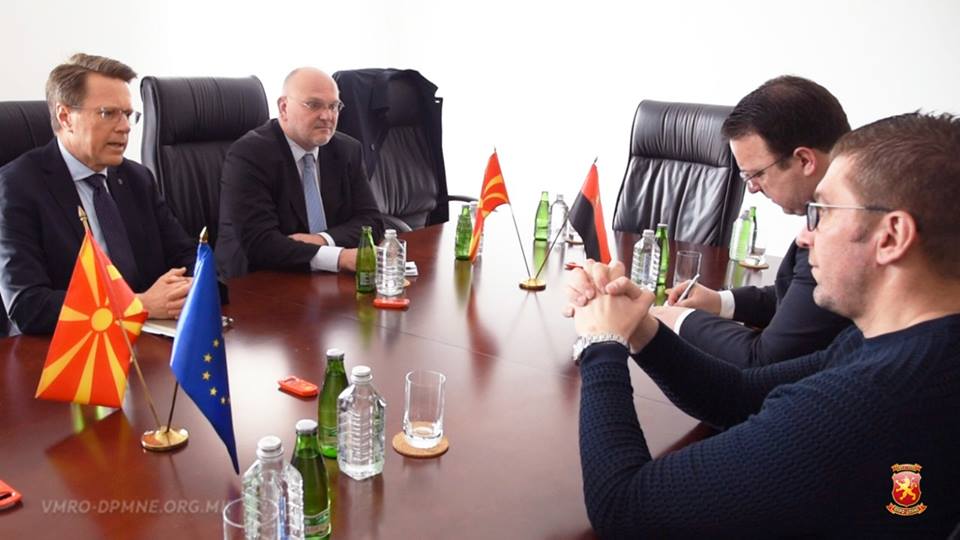 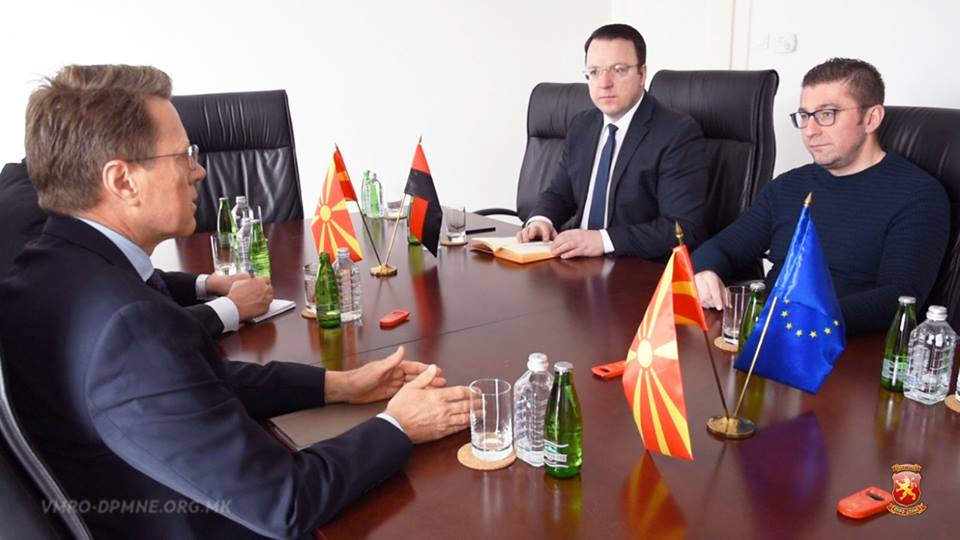 Together with Vice President Aleksandar Nikoloski, we met with the head of the EU Delegation to the Republic of Macedonia, Mr. Samuel Zbogar. We discussed the current political situation in the Republic of Macedonia, the reforms related to the prosecution and the need for fair conditions for democratic elections. We expressed concern about the politicization of the justice system, which, as noted, serves for the political persecution of the opponents of the government. I informed him about the principles that VMRO-DPMNE included in the amendments to the draft-law on Public Prosecutor’s Office, which are based on international standards that guarantee the basic human rights, which are a moral obligation for the state on the road to the EU. We also pointed out to the ultimate politicization of the society and the division made by the government. At the same time, we noted the government’s behavior that violates the democratic ambiance for fair elections, that the government is nervous and that it will not sway the citizens, Mickoski wrote onh Facebook.