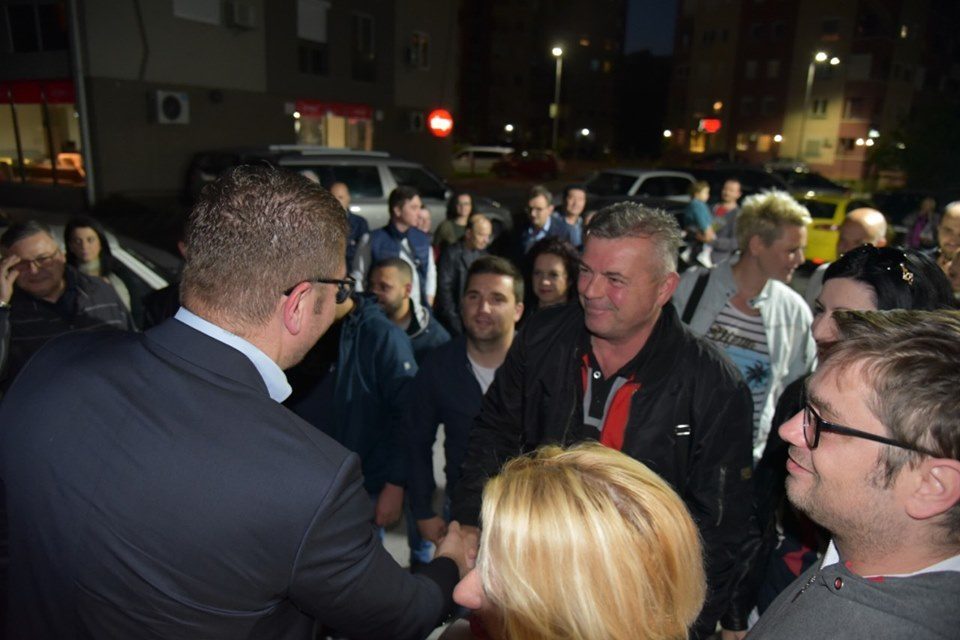 VMRO-DPMNE leader Hristijan Mickoski continued his tour of Skopje districts which went strongly for the opposition party in the recent presidential election. While in Kisela Voda and near-by Sopiste, he declared that the election results, where SDSM had to pull together nearly all other parties to eke out a win, showed that Zaev’s Government has lost its legitimacy.

I’m grateful to the citizens here who came out and supported VMRO-DPMNE in huge numbers. You came out to punish the Government for its crimes and deceipts, the abuses of office and corruption. The Government has failed in literally all fronts, Mickoskis said, pointing out to a number of meticulously planned projects, like the construction of a gas distribution network in Skopje, which Zaev is unable to follow through. 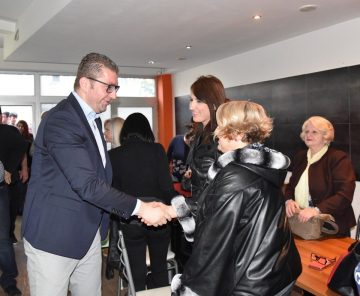 In Sopiste, Mickoski stated that the days of Zaev’s Government are numbered, after its key promises remained undelivered.

Mickoski also visited the urban district of Aerodrom, which went left in the 2017 municipal elections, but swung back strongly in favor of VMRO in the presidential elections and along with Bitola represented two of the most encouraging wins for the opposition.

The citizens of Aerodrom know that the Government is not delivering. They have a few phrases they recycle, like claiming they “learnt their lesson”, “message received”, “we’ll change”. But none of them acknowledges personal failure to deliver results. They have entrenched themselves in their offices, they are aware they’re not good for the jobs, but wait to see what their despot will decide, Mickoski said, referring to Zaev’s promise to begin a purge of his most corrupt underlings.