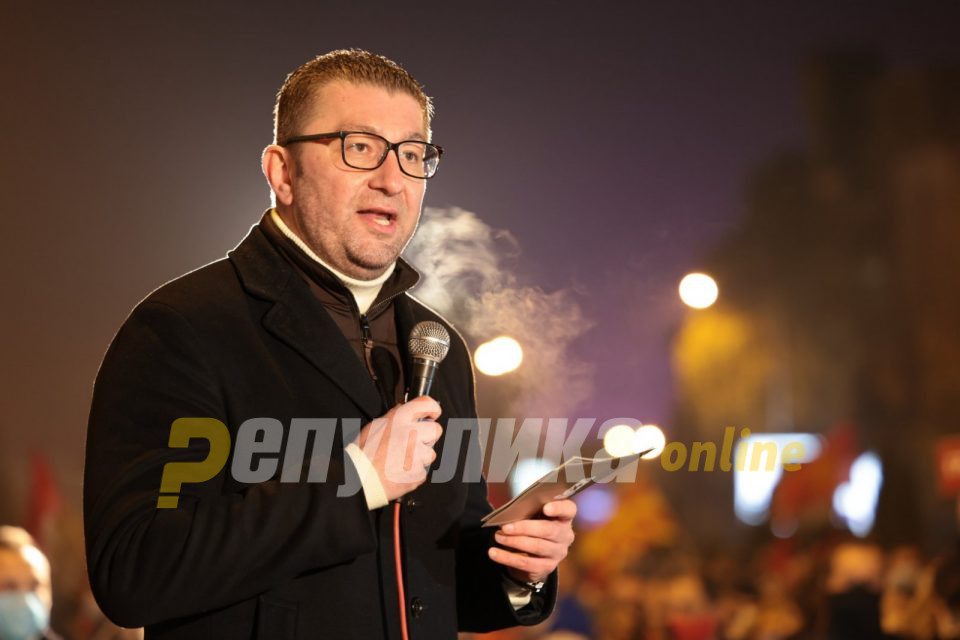 Yesterday, Prime Minister Zoran Zaev asked for a vote of confidence in the Government to prove that the claims of the opposition that the ruling majority is fragile are not true. By express procedure, without any debate. The result is the support of the Government of 62 MPs. The opposition sees this as desperate move of Zaev.

Zaev would have surprised everyone, if he had solved the problem with vaccines, made a project or brought an investment. But the man continued to do what he could, Byzantium mafia. Here, too, I must be honest – I’m neither surprised nor upset. Those Byzantine games and intrigues will soon return to him like a boomerang. I say to the citizens to be calm. The vote of confidence in a smuggling way, without debate, only confirms that Zaev is not confident in his majority, but also that there is nothing in the announcements for its increase, VMRO-DPMNE leader Hristijan Mickoski told DW.

He added that the next motion of confidence vote in the government will be requested by the opposition.

As for the thesis that with this he has bought himself a peaceful governance, the truth is that he has bought a few more days for the Government, which is weak and on breathing apparatus. Using the state of my isolation due to infection with the Covid virus, I want you to know that it does not save him from the fall of the Government. The question of confidence will next be raised by the opposition, once it has secured 65 lawmakers to sign. It will be the day when all his current threats, blackmail and pressure on MPs will go to waste. This government will fall. We saw the first serious sign of that with the vote. Zaev himself was forced to ask the question of confidence. Next time we will do it, Mickoski claims.