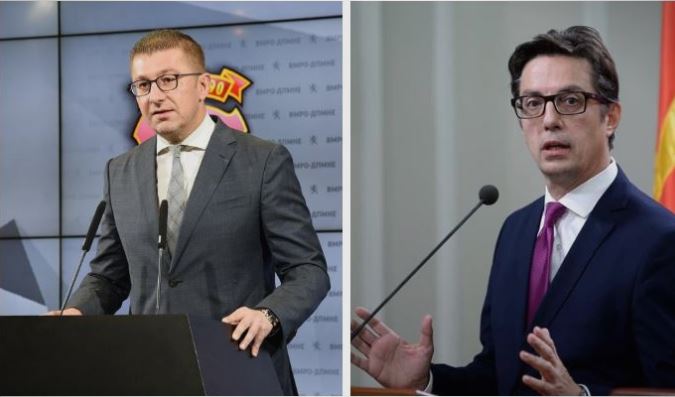 VMRO-DPMNE leader Hristijan Mickoski announced that he will meet President Stevo Pendarovski on Friday, and that the main item of discussion will be the fate of the political prisoners detained over the April 27th incident in the Parliament.

Mickoski and VMRO-DPMNE joined a major rally a week ago in Skopje, where protesters demanded the release of the 16 prisoners, who include activists, protest participants and Interior Ministry officials, tried as terrorists for the 2017 storming of the Parliament.

After the rally, Pendarovski agreed that the terrorism charge is not sensible and that, at most, some should have been tried for beating or physical assault.

There are serious issues. I’ve agreed to unfreeze my relationship with the President because of it, Mickoski said.

VMRO-DPMNE demands a retrial of the group while Pendarovski has the power to grant pardons the prisoners.