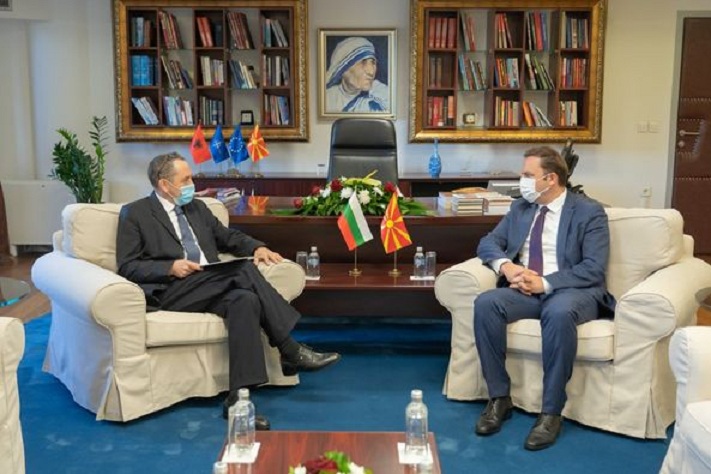 Bulgaria remains open to direct, pragmatic dialogue with Macedonia to restore trust between the two countries and intensify bilateral cooperation in all areas of mutual interest, Bulgarian Ambassador Angel Angelov told Foreign Minister Bujar Osmani in Skopje on Thursday, according to a press release from the Bulgarian Ministry of Foreign Affairs.

During the meeting, the Bulgarian national position was confirmed, that maintaining good neighborly relations and obtaining the necessary guarantees within the enlargement process for fulfillment of the Good Neighborly Agreement between the two countries, remain a top priority of Bulgaria, the Bulgarian Foreign Ministry said.

Osmani welcomed the pragmatic approach of the Bulgarian caretaker government to restore trust between the two countries and said he expected a meeting with Bulgarian Foreign Minister Stefan Stoev soon.

The two interlocutors welcomed the joint trip of the presidents of Bulgaria and Macedonia, Rumen Radev and Stevo Pendarovski, who together will pay tribute to the work of the holy brothers Cyril and Methodius in Rome.