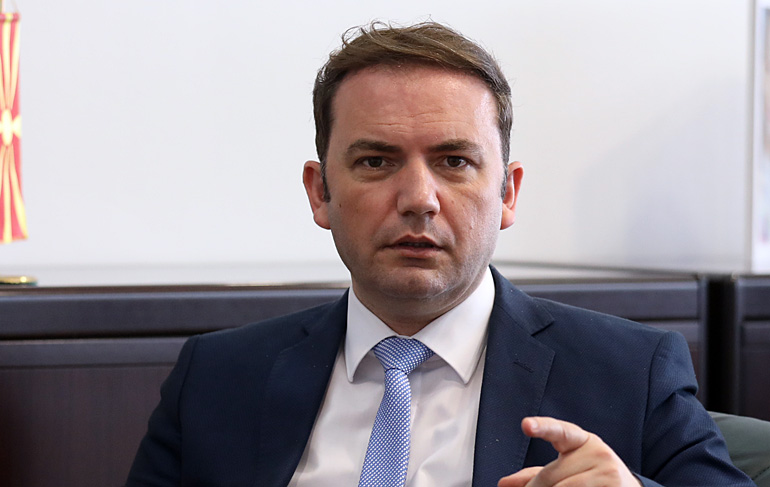 I expect institutions to be formed very soon with the representatives of the two major communities in the country, Deputy PM for European Affairs and DUI spokesperson told Sitel TV on Thursday.

Osmani pointed out that the party has made it clear there should be one entry ticket for talks with political parties over a government coalition and issues such as that of prime minister and share of responsibilities.

Commenting on information over rotations of the Prime Minister’s mandate, Osmani said the party has not yet talked to take a stand on this question.

The question of rotations which is raised by analysts probably comes from experience around the world such as Israel or other governments. We haven’t discussed this question in our party so that we can take a stand. Neither within our party nor with other parties. Therefore, I see it more as an analytical approach to different versions of an idea depending on experience around the world, Osmani said.

Asked where DUI sees itself, he said the results are clear and the party is an absolute winner with the Albanian voters, and thus the Albanans have given legitimacy to the party for government formation talks with a Macedonian political party.

It’s an unwritten rule we have that the government is comprised of representatives of the two major communities, in order to institutionally channel the ethnic energy. We’ve learned this from experience and it turned out to be the best solution for political stability in the country, because if you don’t channel the ethnic energy institutionally, then we have abuse of that energy by various third parties. The results are clear. I expect institutions to be formed very soon with the representatives of the two major communities in the country, Osmani noted.

Asked about the invitation that DUI leader Ali Ahmeti received from the Hague-based Specialist Prosecutor’s Office, Osmani said that Ahmeti has been invited to appear in the role of a witness as one of the founders of the Kosovo Liberation Army and has accepted the invitation.

Osmani in Berlin: Macedonia delivered and deserves to start the EU negotiation process